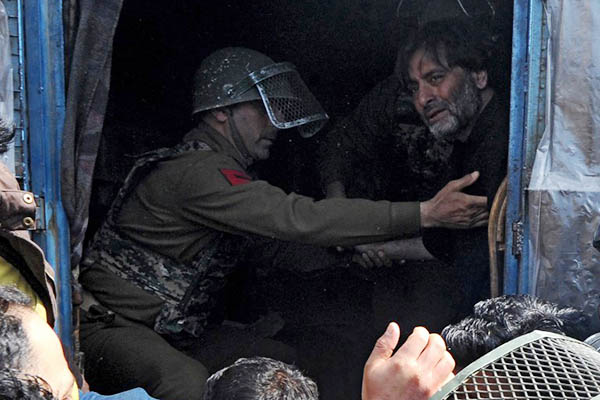 Indian authorities on Monday shut schools and suspended internet services across swathes of the Kashmir Valley under their control after soldiers killed at least six people including four alleged civilians in the restive region.

One of those killed was a suspected militant and a weapon was found at the scene, Kalia said. Three others were found dead in a car some distance away. The army described them as accomplices but police were investigating this claim.

A sixth victim found on Monday was identified by police as a suspected militant but no weapon was found on his person.

The shootings sparked an outpouring of anger among locals, who said the civilians were non-combatants. An alliance of separatist groups resisting Indian rule in the disputed Himalayan territory called for widespread protests.

Authorities ordered schools and shops to shut on Monday amid fears unrest would spiral into violence, and suspended internet services across much of the Kashmir Valley.

Civilians often break curfews to rally whenever militants are killed or holed up in firefights, hurling stones and chanting anti-India slogans.

Kashmir has been divided since the end of British colonial rule in 1947. India and Pakistan each administer part of the territory but claim it in full. Rebel groups demanding independence for all of Kashmir or its merger with Pakistan have been fighting Indian troops since 1989, leaving tens of thousands—mostly civilians—dead. About half a million Indian soldiers are deployed in the Muslim-majority state, where more than 200 suspected militants and roughly 60 civilians were killed in 2017.