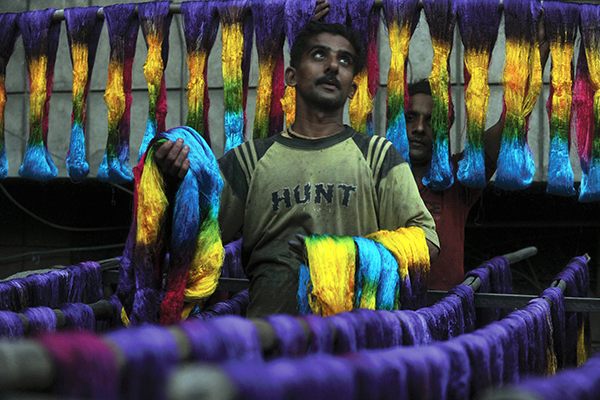 Who will protect our exports?

Pakistan is in the midst of a currency war. To win this war, it must devalue the rupee.

Competitive devaluations are a common means of securing advantage over rivals in export markets. On March 11, the Indonesian rupiah fell to a 17-year low. On July 22, the Thai baht slumped to a six-year low. (The Thai deputy prime minister said he “would like to see the baht depreciate a little more.”) On Aug. 11, the People’s Bank of China brought the yuan to a four-year low. (Chinese officials believe this may go down further.) On Aug. 18, the Turkish lira hit its lowest against the U.S. dollar. On Aug. 20, the Indian rupee fell to a two-year low, and Kazakhstan’s tenge went down 23 percent. The Japanese yen is at a 17-year low; and the euro is at its lowest since 2003.

The U.S. dollar is strident—“America’s greenback is enjoying its fastest rise in 40 years,” says Citibank—up by 14 percent since the start of 2015. What’s behind the dollar’s dramatic surge?

To begin with, U.S. job markets are at or near peak employment. Economic growth is robust, the housing market is recovering fast, and construction activity is on an upswing. For the first time in 10 years, the U.S. Federal Reserve is expected to raise its key interest rate while the European Central Bank and Japan’s Nippon Ginko are lowering theirs. The dollar’s surge, in essence, reflects both America’s economy improving and other economies worsening.

Pakistan’s merchandise trade deficit has widened to $22 billion. In July, the monthly trade deficit surged to $1.77 billion, a 34 percent increase over the same period last year. Exports are falling like nine-pins. In the financial year ended on June 30, 2015, export proceeds came in at $24 billion, $3 billion below target. Textile-related exports, which account for almost 60 percent of all exports, declined 11.79 percent in the first month of this fiscal year compared to the same month last year. Some fear textile exports will decline by over 15 percent.

Over the 23-month period beginning in September 2013, Pakistan’s real effective exchange rate appreciated by 10.6 percent. According to S. M. Tanveer, chairman of the All Pakistan Textile Mills Association, “20 textile mills have already closed down operations” because of the real effective exchange rate appreciation and another 100 are vulnerable and “seriously considering” closing down. The current overvaluation of the rupee is making Pakistani goods uncompetitive globally. Countries around us have gone into beggar-thy-neighbor economic mode, matching and one-upping currency devaluations for their own edge.

As the rupee goes down in value, exports will rise and imports will become more expensive thus narrowing our trade deficit. If the real effective exchange rate is to be used as barometer, the rupee in the range of 110 and 115 to the dollar should do just fine.

Robert W. Sarnoff got it right when he said that, “Finance is the art of passing currency from hand to hand until it finally disappears.”

is the most stupid thing I have ever heard.What if our govt. had shown some guts and imported or allowed import of efficient electricity generation system we could have kept our edge and stopped inflation which will arise from rupee’s devaluation.