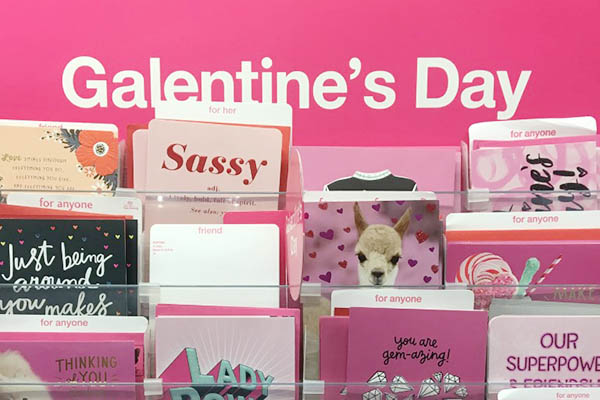 For some people, facing the onslaught of Valentine’s Day flowers, candy and marketing can be overwhelming if you are single. For Riya Patel, it’s a reason to celebrate love—platonic love—even by long distance.

Welcome to the American phenomenon of Galentine’s Day, feted on Feb. 13—a “holiday” gaining in popularity with each passing year, and also gaining in terms of its message of female empowerment.

“I’ve organized this giant group FaceTime with all my closest girlfriends. All of us are going to get on the phone and celebrate each other,” says Patel, a 22-year-old research analyst from the U.S. capital. “And then I’ll just celebrate me. That’s probably going to end up being some restorative yoga in my bedroom and then making something with bourbon in it.”

Galentine’s Day was born in 2010 during an episode of the American sitcom Parks & Recreation, when main character Leslie Knope (played by Amy Poehler) hosts a brunch on Feb. 13 for her best gal pals. It was conceived as a defiant response to Valentine’s Day—a statement that traditional romantic love is not the only kind worth honoring.

“Women are just so pummeled throughout their upbringing with this idea of romantic love imagery, and what it means to be in love,” said Olivia Dillingham, a brand consultant for women in New York. “That does create this sense of unworthiness and failure when you come around to Valentine’s Day and you don’t have someone to go to dinner with.”

Galentine’s Day has grown from being a semi-joke to a semi-serious holiday—and it’s generating big money.

There is also a lot of pink, a lot of gold and a lot of glitter.

Clothing retailer Madewell is staging a promotional sale, encouraging shoppers to view the clothes purchased with a 20 percent discount as their new “BFFs”—best friends forever.

A search on the hashtag “#galentinesday” on Instagram reveals thousands of photos of pink balloons or ladies’ brunches.

Dillingham, 24, hosted a Galentine’s Day party last year: she and other female friends cast “love spells” on themselves, exchanged flowers and traded compliments. “Having a really strong solid support system and having support in yourself is so important,” she said. “And it’s just a good excuse to bring friends together.”

Only 51 percent of Americans plan to celebrate Valentine’s Day in 2019, according to the National Retail Federation—a decrease of more than 10 percentage points over the past decade. But Galentine’s Day sales are predicted to bring in a 20 percent total revenue increase over the next three years, according to an estimate by NPD retail analyst Marshal Cohen.

For Patel, Dillingham and others, the holiday goes beyond rebelling against Valentine’s Day and partying to also include a time of personal reflection—more than just “ovaries before brovaries,” as Leslie Knope would say.

“It started out as very shallow,” Patel said. But now, “it feels bigger than just celebrating female friends. It’s a day to reflect on people who support you in your life.”

Some businesses are working to embrace that deeper message. Arley Arrington, the owner of Arley Cakes in Richmond, Virginia, has made alternative “conversation” heart cookies since 2016—instead of “I love you” and “Be mine,” they say things like “Flawless” and “Be my equal.”

Although she doesn’t market them specifically for Galentine’s Day, the 29-year-old baker says most of the orders come from women planning to give the goodies to their female friends. Her inspiration? The annual Beyonce-themed Galentine’s Day dinner she hosted with her friends in Charlottesville before she moved to Richmond.

“People get excited when they’re able to confront or think about those more challenging things in a cute format,” Arrington said.

Sara Phillips, a 37-year-old Washington perfume-maker who is co-hosting a Galentine’s Day workshop, says she is on board with the holiday’s message—even if she had not heard of it before this year. “It’s really all about women’s empowerment and women helping each other out and encouragement,” she said. Patel agrees: “I think that’s the special part, celebrating how women are supporting each other.”