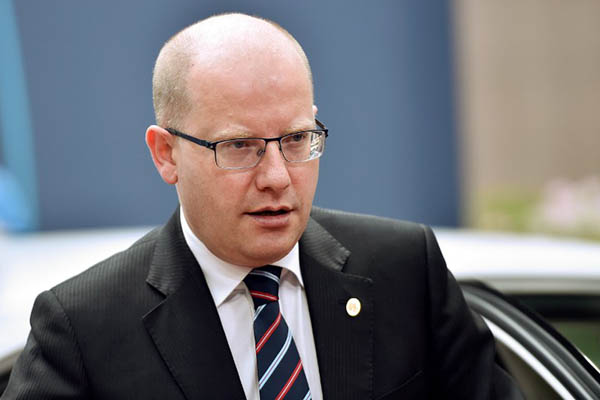 Leftist premier alleges Muslim populations are causing problems wherever their numbers are allowed to expand.

Czech Prime Minister Bohuslav Sobotka said on Tuesday he does not want a “large Muslim community” and that each E.U. member should be able to choose how many migrants to accept.

Sobotka spoke ahead of German Chancellor Angela Merkel’s visit to Prague on Thursday, saying their “views diverge” on how to solve Europe’s migrant crisis.

Merkel has urged countries to take in a greater share of refugees, while the Czech Republic staunchly opposes the contested E.U. quota system devised to distribute refugees across the bloc. “I’ve been convinced since the start of the migration debate that the member states need to have sovereignty regarding the choice of the number of refugees [to welcome],” Sobotka said. “It’s the national governments that ultimately have to ensure people’s security.”

Merkel will also on Thursday meet with Czech President Milos Zeman, who earlier this month said he opposed taking in any migrants at all. He recently described Merkel’s migration policy, which saw Germany take in 1.1 million migrants and refugees last year, as “absurd.”