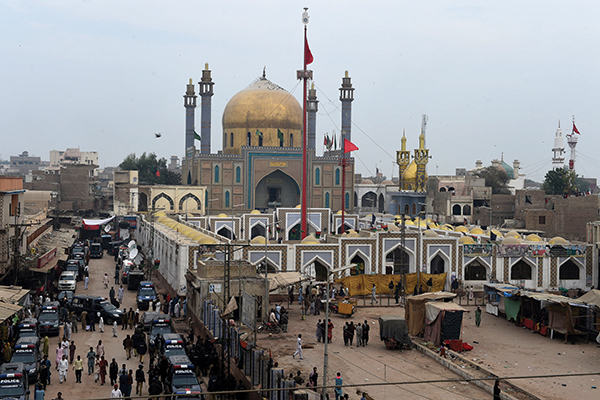 Claiming at least 90 lives and leaving some 250 injured, it is the year’s deadliest attack. The suicide bombing at the shrine of Lal Shahbaz Qalandar on Feb. 16 evening followed back-to-back bombings in Lahore, Quetta and Peshawar, and was followed by an attack at a Charsadda court. In all, eight attacks in two weeks owned principally by the Islamic State militant group have claimed more than 100 lives across Pakistan.

The Army chief has vowed to avenge “each drop of the nation’s blood.” He’s led a fresh operation that’s killed 100-plus terrorists and started a military operation in the Punjab. Pakistan-Afghanistan border crossings have been shut, and ties between the two neighboring countries are in a tailspin.

At 3:30 a.m. on Feb. 17, the 13th century shrine continued with its tradition of ringing its bells. By sunset, just 24 hours after a suicide bomber unleashed hell there, hundreds of devotees of the 13th century Sufi saint ignored security warnings, overcame cordons, and thronged peacefully to the blood-spattered premises to continue the dhamaal—the centuries-old tradition of dancing to a drum as a means of attaining spiritual ecstasy.

Lal Shahbaz Qalandar, arguably Sufi Islam’s most revered figure, hasn’t stopped drawing more and more visitors since the attack. Devotees, casual and committed both, have been streaming in, chanting songs of devotion, and participating in the dhamaal in a show of selfless solidarity and resolute defiance. Classical dancer Sheema Kermani performed there on Feb. 22, and Ali Gul Pir and Ahsan Bari are holding a free concert at Sehwan on Feb. 25—all this in spite of the nationwide threat alert following a fortnight of fear.

“This blast cannot dent our resolve,” one of the devotees said. “Our life and death is with Lal Shahbaz.”