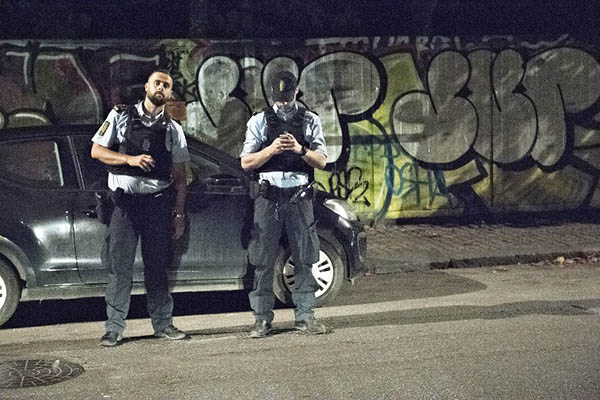 A Danish man who shot two police officers during a drug raid in Copenhagen earlier this week was an Islamic State group member, the jihadist-linked Amaq news outlet said on Friday.

But Copenhagen police said they had seen no evidence to back up the claim.

The 25-year-old, named by local media as Mesa Hodzic, shot two police officers and a civilian on Wednesday during a drug raid, and died Friday of gunshot wounds he sustained during his eventual arrest.

“The perpetrator of the attack that targeted the police in Copenhagen is a soldier of the Islamic State and carried out the operation in response to calls to target the countries of the coalition,” Amaq said, citing an unnamed source, referring to the international alliance battling I.S. in Syria and Iraq.

Danish police said on Thursday that Hodzic had links to the radical Islamist group Millatu Ibrahim and that he sympathized with I.S., but that there was no evidence that extremism had inspired the shooting.

Late Friday, Copenhagen police tweeted: “Still nothing in the investigation that suggests the perpetrator’s actions were influenced by his sympathy for I.S. Nothing further.”

Hodzic shot the police officers, one of whom is in critical condition, when they stopped him during a drug raid on the Christiania neighborhood, which was founded by squatting hippies in the 1970s and has a long history of open drugs trading. He was critically wounded when police opened fire during his arrest early Thursday in a suburban area near Copenhagen’s airport and died the following day.

In addition to three counts of attempted murder, he had faced preliminary charges of possessing a firearm and trafficking 48kg of cannabis, 2.7kg of skunk—a powerful type of marijuana—and over 1,800 joints. He was described by police as a regular in Christiania, where he reportedly came cycling on Wednesday to collect the day’s takings from a stall in the neighborhood’s infamous open-air cannabis market, which is controlled by criminal gangs.

The 25-year-old came to Denmark from Bosnia and Herzegovina aged four, and was arrested in 2010 along with his father and brother on suspicion of repeatedly stabbing a man with a kitchen knife, but was later freed, according to Danish news agency Ritzau. He had also been arrested on suspicion of committing a violent assault with a knife in 2007.

Copenhagen was rocked by twin attacks in February last year, when gunman Omar El-Hussein killed a filmmaker outside a free speech event and a Jewish security guard outside the city’s main synagogue. A Danish-Palestinian, El-Hussein had sworn loyalty to I.S. leader Abu Bakr al-Baghdadi on his Facebook page.