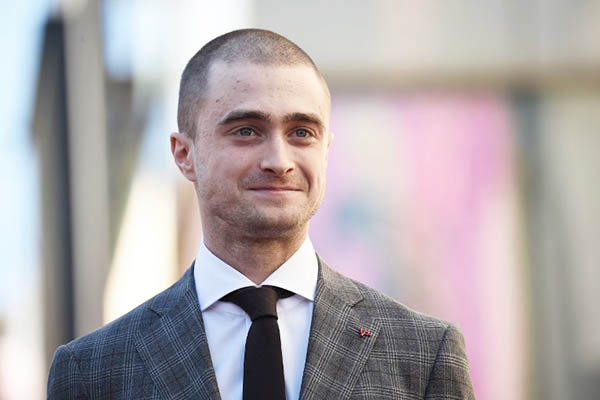 ‘Harry Potter’ star says he is in awe of being granted his own star on the Hollywood Walk of Fame.

British actor Daniel Radcliffe, who rocketed to fame in the Harry Potter films, said Thursday he was “in awe” as he got his star on the Hollywood Walk of Fame.

“A few months ago, I was walking along here with a couple of friends and just becoming sort of in awe and slightly overwhelmed by the names I was going to be joining,” said the 26-year-old, who was presented with the 2,565th star. “Growing up in England, you hear the word Hollywood and right after, you picture the sign on the hill, you picture these stars.”

Radcliffe, who played the boy wizard in the wildly popular eight-film blockbuster Potter franchise before moving on to more adult roles, was in Los Angeles to promote his new movie Victor Frankenstein.

In the film, which opens in the United States later this month, he plays assistant Igor to the mad scientist obsessed with creating life, portrayed by James McAvoy.

Radcliffe is one of the rare child stars to have successfully maintained his career as he moved into adulthood. He has starred in a number of films since finishing up as Potter, including The Woman in Black and Kill Your Darlings. He also had a cameo in this year’s comedy hit Trainwreck.

Radcliffe has appeared on Broadway, notably in the musical comedy How to Succeed in Business Without Really Trying and the psycho-drama Equus, in which he stunned fans by disrobing on stage.

Harry Potter Showcased With Bones and Cauldrons in...

Emma Watson is Belle of the Ball in...