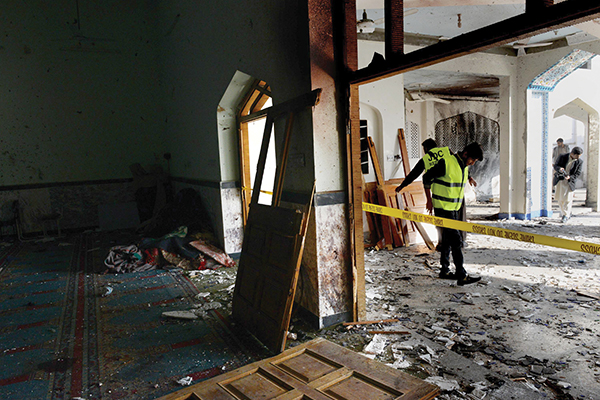 Some two weeks after the attack on a Shia mosque in Shikarpur claimed 61 lives, the Taliban bombed another Imambargah, this time in Peshawar. The militants said the latest attack, on Feb. 13, was retaliation for the execution of Dr. Usman, recently hanged for his involvement in the 2009 attack on the Army headquarters in Rawalpindi. In Peshawar, the three suicide-bombers struck during Friday prayers, hurling grenades and firing indiscriminately. Their subsequent standoff with security forces lasted nearly an hour. By the time it was over, 22 congregants were dead and over 50 wounded. Rote recriminations followed, chiefly centered around the ability of the government to thwart acts of sectarian murder and its resolve to make good on its National Action Plan against terror.