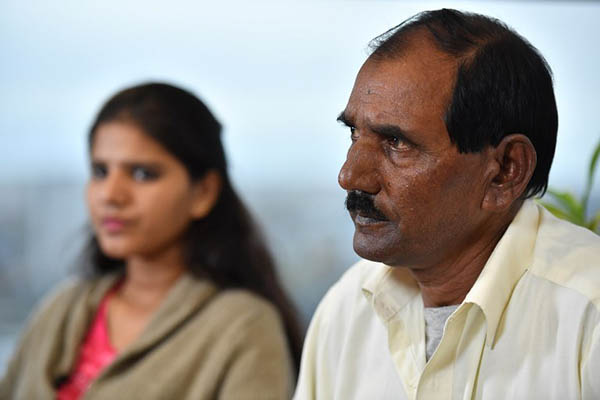 The daughters of Pakistani Christian woman Aasia Bibi, whose blasphemy case spotlighted religious extremism in her country, are now in Canada, a source close to the case said on Wednesday.

Unconfirmed Pakistani reports earlier claimed the children had already fled to Canada, and speculation was rampant that she would seek asylum in North America or Europe. Canadian officials would not confirm the source’s information.

Bibi, a laborer from central Punjab province, was convicted of blasphemy in 2010 and was on death row in the Muslim majority country until her acquittal last year, which prompted days of violent Islamist demonstrations. Under a deal with protesters to end the violence, the government allowed a petition demanding an appeal against the acquittal.

But Chief Justice Asif Saeed Khosa on Tuesday threw out the petition, lifting the last legal hurdle in the case and paving the way for her to leave the country.

After the ruling, Bibi’s lawyer Saif-ul-Mulook hinted that his client’s move could be imminent. “I think at this time she is here [in Pakistan]—but by tonight, I don’t know,” he told reporters outside the court. Extremists “said they would kill her despite the judgment of the Supreme Court,” he said. “Therefore, I think she should leave the country.”

But the call by religious hardliners for protests fell flat on Wednesday, when fewer than 30 demonstrated in two cities.

Bibi has been in protective custody and the government of Pakistan refused to reveal her whereabouts for fear of her being targeted by vigilantes.

In a statement, Canada’s foreign ministry said Bibi’s case “is a priority for our government, and we are focused on ensuring the safety of her and her family.” It added that “we are working with like-minded friends and allies on this issue. Canada is prepared to do everything we can to ensure the safety of Aasia Bibi.”

In November Prime Minister Justin Trudeau said Ottawa was holding talks with Pakistan about bringing her to Canada, which he said is “a welcoming country.”

Bibi’s conviction stemmed from a 2009 incident when she was asked to fetch water while out working in the fields. Muslim laborers objected to her touching the water bowl as a non-Muslim. A fight reportedly erupted, and a local imam then claimed Bibi insulted Islam’s Prophet.

Earlier this month, Canada granted asylum to a Saudi Arabian teenager, Rahaf Mohammed, who fled what she said was physical and psychological abuse from her family in the kingdom.