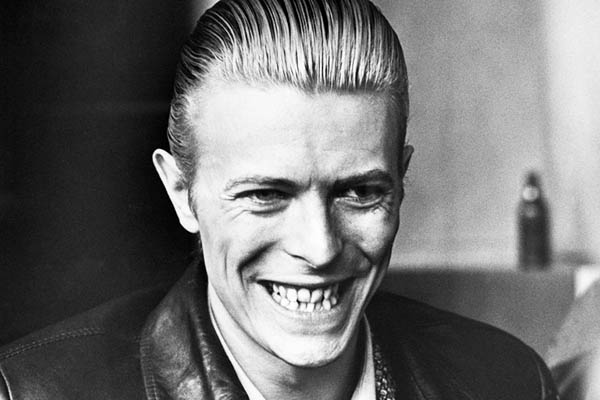 British music legend David Bowie has died after a long battle with cancer, his official Twitter and Facebook accounts said Monday, prompting an outpouring of tributes.

Bowie died on Sunday surrounded by family, according to his social media accounts. The iconic musician had turned 69 only on Friday, which coincided with the release of Blackstar, his 25th studio album.

“David Bowie died peacefully today [Sunday] surrounded by his family after a courageous 18 month battle with cancer,” said a brief statement posted to both his Twitter and Facebook accounts. “While many of you will share in this loss, we ask that you respect the family’s privacy during their time of grief,” it added.

Film director Duncan Jones, Bowie’s son with his first wife Angela Bowie, confirmed the news on Twitter. “Very sorry and sad to say it’s true. I’ll be offline for a while. Love to all,” Jones wrote on his official account.

The death brings the curtain down on one of the most acclaimed artists of modern British music, with a career dating back to the hit “Space Oddity” in 1969, about an astronaut called Major Tom, who is abandoned in space. It spanned styles ranging from glam rock, New Romantic, Krautrock and dance music to alternative rock, jungle, soul and hard rock, underpinned by an astonishing array of stage personas from the sexually ambiguous Ziggy Stardust to the so-called Thin White Duke.

He was born David Robert Jones in Brixton, inner south London on Jan. 8, 1947, before his family moved out to the leafy suburb of Bromley when he was six.

In the first of many re-inventions, he named himself David Bowie in 1966 to avoid confusion with Davy Jones, lead singer with Beatles rivals The Monkees, and studied Buddhism and mime. The 1970s—the decade that saw him dominate the British music scene and conquer the United States—brought forward a string of successful albums.

It began with the critically acclaimed Hunky Dory, continued with The Rise and Fall of Ziggy Stardust and the Spiders from Mars—whose hits included “Starman” and “Suffragette City”—followed by the rock album Aladdin Sane, the apocalyptic Diamond Dogs and a fling with so-called plastic soul, Station to Station. He then switched gears once more, moving to Berlin to work with the electronic experimentalist Brian Eno product a trio of albums—Low, Heroes and Lodger.

The 1980s saw him win over a new generation with Let’s Dance, which yielded the hit singles “China Girl” and “Modern Love,” and a 1985 teamup with Mick Jagger for a cover of “Dancin’ in the Street” that helped to push the BandAid and LiveAid charity projects.

British Prime Minister David Cameron paid tribute to Bowie’s ability for innovation. “I grew up listening to and watching the pop genius David Bowie. He was a master of re-invention, who kept getting it right. A huge loss,” Cameron wrote on Twitter.