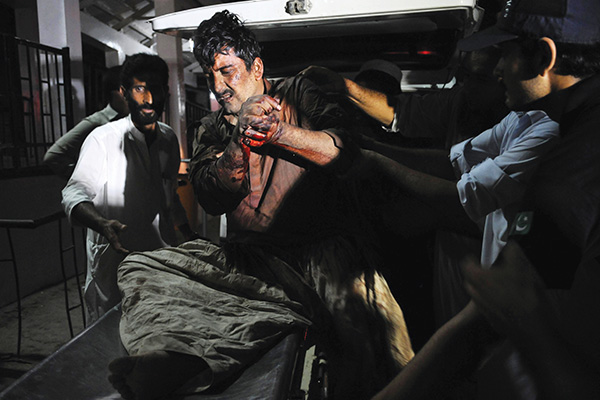 An all-parties conference convened by Prime Minister Nawaz Sharif on Sept. 9 and attended by intelligence and military chiefs resolved, in principle, to invite the Tehreek-e-Taliban Pakistan for peace talks. But less than a week after the summit, the Taliban responded by attacking a military convoy in Upper Dir and killing two senior Pakistan Army officials. The militants’ spokesman issued a list of demands, preconditions that included pardoning all militants currently in jail and compensation for families of those killed by U.S. drone strikes. Shahidullah Shahid, the Taliban spokesman, added that unless the government proved its sincerity by agreeing to these demands, they would continue targeting the Pakistani military. “If they want to end this war, they will have to announce a ceasefire,” he told journalists. The military isn’t having it. In a scathing statement issued a day after the Upper Dir attack the Army chief, Gen. Ashfaq Kayani, warned militants that the Army was ready to take them on. “No one should have any misgivings that we would let terrorists coerce us into accepting their terms,” Kayani was quoted as saying by the military’s Inter-Services Public Relations. “While reaffirming the Army’s support to the political process, he also said, unequivocally, that terrorists will not be allowed to take advantage of it.”

The Battle for Syria’s Hearts and Minds–and Ears

Cracking the Code to Pynchon