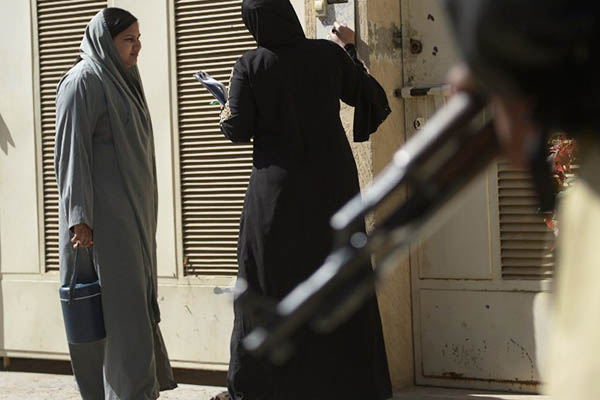 Lady health workers in Pakistan continue to be targeted for simply doing their jobs.

It was a year ago this August that Asmat Ara’s life changed forever. The 37-year-old had been working as a lady health worker since 2000, administering polio vaccinations to local children despite controversy, threats and intimidation. She was used to the abuse and accepted it as part of her job. But that night was different. Five men forced their way into her home and tied up her husband and children—the youngest only 4 years old—before dragging her to an adjoining room. “You’ve ruined so many children’s lives,” they sneered as two men raped her on the floor of her house. “You wait and see how we ruin yours.”

Thirteen years earlier, in 2002, Mullah Fazlullah—then head of Swat’s Tehreek-e-Nafaz-e-Shariat-e-Mohammadi—used an illegal radio broadcast to urge his followers to kidnap and kill lady health lady health workers. As the number of women murdered in the region grew, many of them quit their jobs. Even when Fazlullah was driven underground, the killings continued. In the last week of 2012, six lady health workers were murdered in Karachi, Peshawar, Charsadda, and Nowshera. In the 4 years since, another 14 have been killed. However, it isn’t the murders that concern lady health workers these days; instead it’s the growing threat of rape and sexual assault.

In 2014, 294 cases of polio were reported amongst children under 5 across Pakistan, one of two countries—along with Afghanistan—where the disease remains endemic. Two years later, the highly infectious virus, which invades the nervous system and can cause total paralysis, is the closest it’s ever come to eradication. In 2015, a series of healthcare measures supported by security forces helped the number of reported cases drop to 51. Throughout, lady health workers have continued to be on the frontlines in Pakistan’s war on polio. But their plight is rarely reported.

On Dec. 22, Ara shared her story at the Peshawar Press Club, alleging that her tenant Ajab Khan was among the rapists and had warned her against performing her duties. “Someone will show up with four or five others, and ruin you. You’ll never be able to show your face again,” he had warned her.

Less than a week later, The Guardian published an op-ed in which it praised the role of local women in gaining the trust of parents prior to vaccination. The dangers they face—including sexual assaults similar to Ara’s—were glossed over.

The threats, lack of media coverage, and the praise heaped upon security forces who play a marginal role in actual vaccination, has dealt a heavy blow to the morale of lady health workers. The low salaries—most lady health workers are paid between Rs. 14,000 and Rs. 17,000—also don’t help. That is, if they are even paid.

In 2012, Pakistan’s Supreme Court ruled in favor of the staff of the National Program for Family Planning and Basic Health and regularized 106,000 lady health workers. A year later, the Pakistan Muslim League-Nawaz-led government opted for a World Health Organization (WHO)-managed Direct Disbursement Mechanism to check delays and corruption in the payment of salaries. But Rukhsana Mughal, 55, a lady health supervisor from Sindh, says salaries in her province were not regularized until six months ago. Ara also complains that her local representatives have only paid her for 2 out of 3 health campaigns in which she participated—and not for polio. “They refuse to pay me directly, because they consider me a liability. This happened so when international partners ask questions, they can say I did no work for polio.”

Saira Afzal Tarar, Pakistan’s minister of health services regulation and coordination, says: “Lady health workers are paid through cards in the DDM, and delays are due to Union Council-level governments. It takes a few days for the in-charge at the Union Council to verify whether lady health workers have shown up or not, and it’s only when local and provincial governments give the heads-up that payments go through.”

Lady health workers also complain that security personnel who accompany them during anti-polio drives are often uncooperative. “We have security but their behavior is terrible. They’re rude. We leave daily at 8:30 a.m. but we’ve had instances where they’ve refused to come with us. They’ll knock at on doors to hurry us up while we’re doing our jobs in people’s homes. And they’ll do things like elbow us while we’re walking,” says Qusar Bibi from Quetta. The Union Council officials tasked to aid them are also of little help. “[They] disclose our names to people who are reported for refusing vaccinations,” says Ara. “For example, if a parent is taken into police custody, they’ll tell them we reported them. This fosters enmity.”

Harassment is an everyday occurrence for most lady health workers. Qusar Bibi, 43, a lady health worker from Quetta, says she has been insulted and harassed by her neighbors. “They say we ruin their women, and are women of the streets,” she says, adding that personnel who frequent Quetta’s deadliest areas have even had their dupattas torn off. In Lahore, considered a safe haven compared to Khyber-Pakhtunkhwa and Balochistan, the women are often victims of ‘eve-teasing’ and complain of men stalking them during their rounds.

But while more women are taking a stand and reporting their attackers, dozens more prefer to remain silent. Sumiya*, who trained Ara in Nowshera—was raped two weeks after her student and killed. Her husband hushed up the case. “My daughters are young. People are beginning to gossip about what happened to their mother already. Who will marry them?” he told Ara.

Aziz Memon, who heads Rotary International Pakistan’s PolioPlus program in collaboration with the Global Polio Eradication Initiative, says that while he is not aware of any sexual assault case, ‘eve-teasing’ is an everyday occurrence. “Making remarks, teasing girls, that’s the nature of Pakistani men, unfortunately,” he told Newsweek.

Meanwhile, experts say that polio’s eradication will remain out of reach until all stakeholders appreciate the important role of lady health workers. Oliver Rosenbauer of the World Health Organization, which spends $1.2 billion on polio eradication a year—and an additional $800 million for each year Pakistan does not eradicate polio—says: “The real question is, is it fast enough? Can we do it this year? If not, polio is going to come roaring back.”

With 11 cases—six from Khyber-Pakhtunkhwa, four from Sindh, and one from Balochistan—in 2016 thus far, the race against time and the virus has begun. Lady health workers have little choice but to continue their work; the alternative could leave an entire generation of Pakistanis paralyzed.