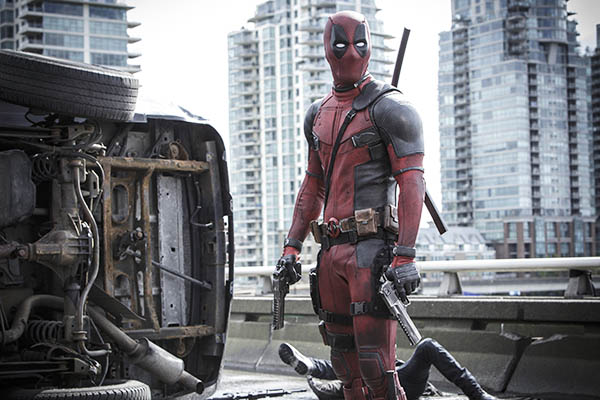 Self-referential superhero movie is on track to take in $150 million over holiday weekend.

Superhero movie Deadpool dominated the North American box office on its debut weekend, taking in a record breaking $135 million and leaving its competitors in the dust, industry estimates showed Sunday.

Starring Ryan Reynolds as a Marvel Comics character, the film’s blow out reception in theaters propelled it to the biggest-ever February and R-rated debut, said Paul Dergarabedian, senior media analyst at comScore. With Monday being a public holiday in the United States, Dergarabedian predicted the Fox production’s initial haul could climb to a “mind-boggling $150 million.”

Far behind in second place was Kung Fu Panda 3—Dreamworks’ computer-animated comedy that follows the adventures of Po as he evolves from martial arts student to teacher—which took in $19.7 million, industry tracker Exhibitor Relations said. Featuring the voices of Jack Black, Dustin Hoffman and Angelina Jolie, it has garnered $93 million since its release.

Coming in fifth was The Revenant, a grisly survival and revenge thriller starring Leonardo DiCaprio. The critically acclaimed film, which has been showered with Oscar nominations, took in $6.9 million.