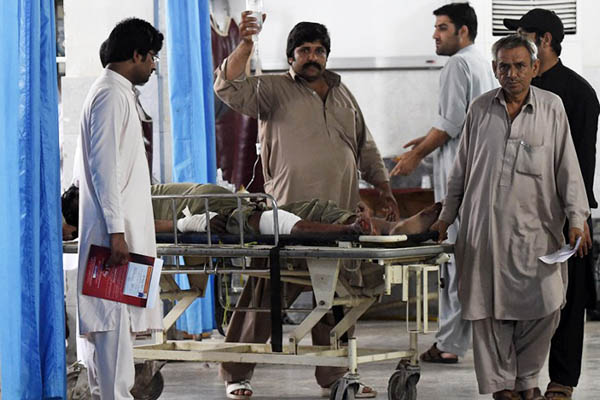 At least six Pakistanis were killed when a powerful earthquake rocked parts of South Asia on Sunday, officials said.

Five people died in various remote regions of Khyber-Pakhtunkhwa, the National Disaster Management Authority said in a statement, and at least 20 homes were damaged.

One man was killed in Gilgit-Baltistan when he was hit by falling rocks in the town of Chilas, an official said.

The 6.6-magnitude quake struck neighboring Afghanistan at a depth of 210 kilometers at 2:58 p.m. on Sunday. It was felt in the Afghan capital Kabul 282 km to the south of the epicenter and in Pakistan’s capital Islamabad, where some residents evacuated apartment blocks after tremors shook ceiling fans and furniture.

In the Indian capital New Delhi, buildings in the center swayed and the metro train system was halted temporarily. Tremors were also felt in Dushanbe, the capital of Tajikistan which borders northern Afghanistan.