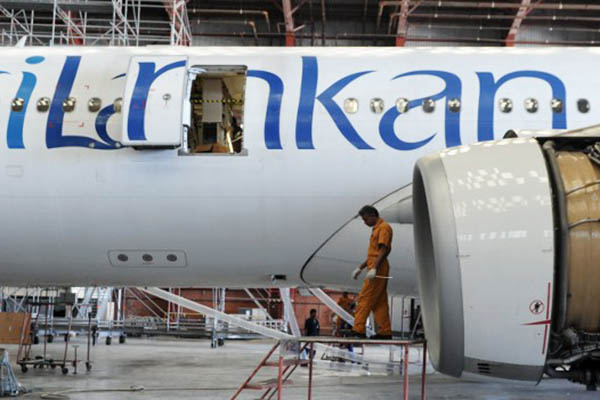 Sri Lankan crew will operate plane for PIA for flights from London to Islamabad and Lahore.

Sri Lanka’s cash-strapped national carrier is in talks to lease some of its new Airbus aircraft to Pakistan and Iran to reduce a $1 billion loss, a minister said Thursday.

State Enterprise Development Minister Kabir Hashim said SriLankan Airlines was about to conclude a deal with Pakistan International Airlines (PIA) to lease out one Airbus A330. “The aircraft will be operated for PIA by Sri Lankan crew and it will be based in London,” Hashim told reporters. “It will fly to Islamabad and Lahore and we are also in talks to give them three more Airbus A330 planes,” he said.

Iranian national carrier Iranair had also shown interest in a larger A350, which Sri Lanka is due to take delivery of in a few months’ time, the minister said.

SriLankan, which has accumulated losses of $993 million, plans to scrap several European flights in the coming months and is looking for an equity partner to revive the business. The government has cancelled five of eight A350 aircraft ordered, together with the A330s, by former strongman premier Mahinda Rajapakse in a controversial $2.3 billion deal in 2013.

The government has paid a $15 million penalty for cancelling one plane in the first batch of four A350 planes due to be delivered from October this year, Hashim said.

Rajapakse and several relatives are under investigation over alleged corruption in the bumper 2013 deal.

SriLankan Airlines was profitable before the former president cancelled a management agreement with Emirates in 2008 following a personal dispute. SriLankan had refused to bump fare-paying business-class passengers down to economy class and give their seats to members of Rajapakse’s family. An angry Rajapakse removed the Emirates-appointed CEO of SriLankan Airlines from his post and replaced him with his own brother-in-law, who had no airline or corporate experience.