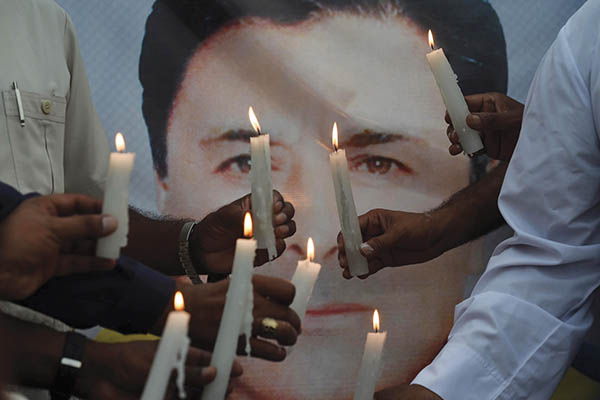 Shuja Khanzada, Punjab’s home minister and a former Army colonel, was assassinated on Aug. 16 at his political office near Attock. Two days later, the MQM’s Rashid Godil was shot in Karachi and, as of press time, remains in critical condition. Both men, vocal opponents of terrorists and their ilk, had publicly feared coming under fire. In Khanzada’s case at least, the Taliban and Lashkar-e-Jhangvi have claimed responsibility and cited the two Attock suicide bombings, which killed another 15 people, as retaliation for the Punjab Police’s slaying of Jhangvi chief Malik Ishaq on July 29. As the Army-led operation expands in the Punjab, the furiously denied hotbed of terror, other officials remain under threat. But the Punjab government seems to have woken up. Punjab, said Chief Minister Shahbaz Sharif, will “honor the debt of Shuja Khanzada’s death and not show any compromise or latitude to the terrorists.”