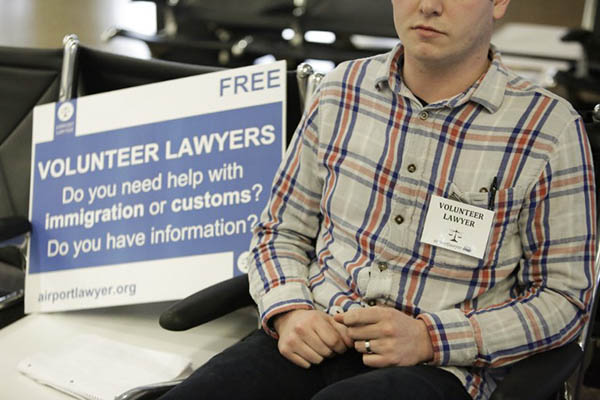 Can any amount of training help immigration officers identify and weed out radicalized visa applicants?

President Trump has promised ‘deep vetting’ for all Muslims applying for U.S. visas. Deep vetting includes extensive background checks and in-depth interviews. The purpose, of course, is to prevent terrorists and/or terrorist sympathizers from entering the U.S. Frankly nobody can get too upset about such an intention. As a Pakistani-American I support this idea wholeheartedly. But then, knowing a bit about how things work in Pakistan, I am a bit worried about the quality of deep vetting being done to weed out radical visa applicants from Pakistan.

As anybody living in Pakistan knows, information available even through the most reliable sources is often quite unreliable. Educational and financial backgrounds, family and personal connections and even religious views can all be created literally out of thin air. Under such adverse circumstances the immigration officer at the U.S. embassy conducting an interview then becomes entirely responsible for deciding if a visa can be given. And therein lies the problem.

Most immigration officers posted in Muslim countries are probably trained to identify radicalized visa applicants. But I am not too sure that any training available in the U.S. State Department can ever enable an immigration officer to decipher the real religious views of a visa applicant in Pakistan. Over the last few years I have had a chance to interact with many young physicians that eventually applied for U.S. visas. Some of them were totally beholden to the Islamist points of views espoused by the Islami Jamiat-e-Tulaba, the student wing of the Jamaat-e-Islami. Based upon such interactions I can say that beards or above-the-ankle shalwars in men and hijabs among women are completely unreliable as evidence of extremist views.

Interestingly, of the Islamist types with whom I had some religious discussions, among them the most vociferous supporters of the need to impose Shariah and the importance of jihad against the ‘infidels,’ most were often men dressed in Western-style clothing with clean shaved faces. Of course, any of them could put on an act of total liberal opinions at the drop of the proverbial skullcap. Most ‘educated’ radicals in Pakistan can probably fool any interviewer in any embassy. What that means is that unless all young Pakistanis are denied a visa for the U.S., background checks and interviews cannot really identify those who are already radicalized or are susceptible to subsequent radicalization.

To conduct proper ‘deep vetting’ interviews we need the Pakistani ‘aunties’ that are experts at marital matchmaking. I will suggest strongly to the big boys in the U.S. Embassy to put some of these aunties on contract and bring them in to interview young visa applicants, both male and female. For obvious reasons, it is important that none of these aunties have any previous contact with any of the visa applicants.

Why these aunties? Well, any of us who have undergone a deep vetting before marriage by one of these aunties knows quite well their effectiveness in uncovering the deepest darkest secrets that we would never share willingly. These aunties are experts in deciphering body language and can tell when the entire truth is not forthcoming. But the most important thing about these aunties is that they know what questions to ask to expose motives and ideas that even the applicant might not know at least at the conscious level.

As a matter of fact, the aunties are much more important when it comes to giving out visas to young women. Most men from other countries and cultures are totally incapable of properly interviewing and evaluating female visa applicants. The only Pakistani that ever entered the U.S. on a visa and was actually involved in fatal terrorist shooting was a woman (Tafsheen Malik) that arrived on a ‘fiancé’ visa. She not only shot and killed people but also most likely radicalized her husband to participate in that activity. I am sure that if an aunty had interviewed Malik, her radical tendencies would have been quickly uncovered.

There is a famous story, though most likely apocryphal, about an auntie’s interviewing acumen. It is said that while interviewing a young man after a marriage proposal, the aunty asked the young man whether he ever ate raw onions. The young man almost without thinking replied, yes when I eat kebabs. The aunty then asked when do you eat kebabs and the young man by now in a little deep said while I have a ‘drink’ I do eat some kebabs. At this, the aunty asked, and when do you drink? And the young man replied if I visit dancing girls in the red light area I do have a drink or two. And that was that.