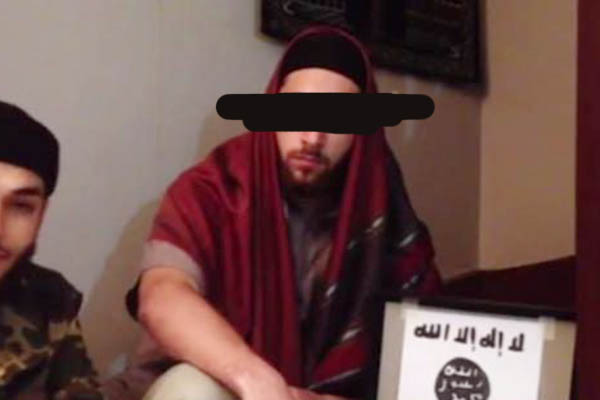 The Islamic State group may soon be defeated in Iraq and Syria but a “virtual caliphate” could be harder to conquer, experts and officials have warned.

The jihadist propaganda machine will continue to exist in hidden corners of the dark web, inciting sympathizers to action, they say. “Defeating ISIL on the physical battlefield is not enough,” General Joseph Votel, the top commander for U.S. military forces in the Middle East, warned in a paper earlier this year. “Following even a decisive defeat in Iraq and Syria, ISIL will likely retreat to a virtual safe haven—a virtual caliphate—from which it will continue to coordinate and inspire external attacks as well as build a support base until the group has the capability to reclaim physical territory,” said Votel.

He described this online network as “a distorted version of the historic Islamic caliphate: it is a stratified community of Muslims who are led by a caliph (currently Abu Bakr al-Baghdadi), aspire to participate in a state governed by sharia, and are located in the global territory of cyberspace.”

The Islamic State group’s loss of almost all its territory in Iraq and in Syria has damaged its online communication efforts, following a boom in propaganda operations in 2014-2015. But it has not put an end to it completely.

The I.S. “news agency” and propaganda machine Amaq continues to claim responsibility for attacks and incite further violence. Most recently, it claimed that Stephen Paddock, the gunman who massacred 58 people in Las Vegas on Sunday, was an I.S. “soldier”—an assertion met with widespread skepticism.

One theory is that I.S. is seeking to keep up publicity efforts to maintain relevance with its sympathizers and continue to recruit support, even as it faces military defeat on the ground in Iraq and Syria.

Researcher Charlie Winter, who wrote a report on I.S.’s web presence for British think tank Quilliam, says the group will work to persuade followers that the idea of a caliphate is more important that its physical presence. “Censoring the internet is not going to work,” he told AFP. “Policymakers are focusing their attention on the wrong part of the internet, and that’s problematic given that it’s going to be a phenomenon to be dealt with in the next few years. Terrorists are now hiding in the deep web using encryption. There will always be a safe place for them on the internet regardless of what politicians like to say.”

Under pressure from public authorities, internet providers and major online players are beginning to put in place measures and procedures to disrupt I.S.’s exploitation of the web. “But despite the increased vigilance of authorities and social networks the Islamic State has demonstrated significant resilience due to its flexibility and ability to adapt when facing the suppression of online jihadist content,” according to French researchers Laurence Binder and Raphael Gluck. “It manages to still disseminate sufficiently to reach a pool of sympathizers and recruits.”