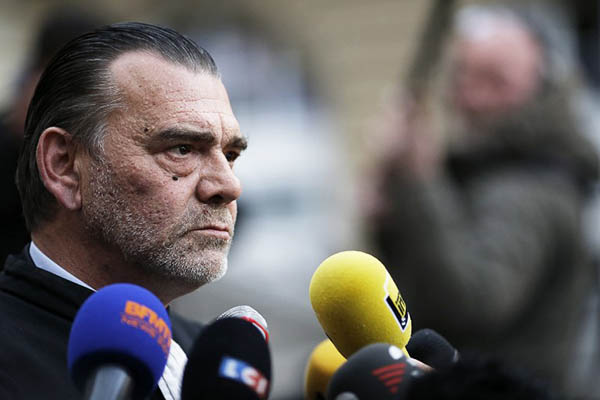 Lawyers who take on ‘monsters’ can face criticisms, threats to life for ensuring right to defense.

Every suspected terrorist, mass murderer or war criminal needs a lawyer—but the person who takes on this role can often provoke incomprehension, disgust and even violence.

In choosing to represent Paris attacks suspect Salah Abdeslam, French lawyer Frank Berton has taken on a client seen as a “monster” or “public enemy number one.”

“Yes, I hesitated,” Berton admitted on French television Wednesday as he was thrust into the public eye upon his client’s extradition from Belgium to France.

As the sole known surviving member of the terror squad that left 130 dead on Nov. 13 in Paris, Abdeslam offers France the only tangible target of their grief and anger at the carnage. Berton is all too aware of a job in which “one is often lumped together with their client.”

“Of course there are people who won’t understand what my job is… but we are in a democracy and Salah Abdeslam is a person, he has things to say. Justice is served when we understand things; otherwise there is no point to a trial, no usefulness for the victims,” Berton said.

Abdeslam’s Belgian lawyer Sven Mary for his part said that representing the jihadist had brought him “nothing but troubles.” Mary told the French daily Liberation he had suffered physical and verbal attacks and his daughters had even needed a police escort to school.

Defense lawyers to hated criminals have used varied tactics to get their clients off, often in the face of overwhelming evidence.

Famous French-Algerian lawyer Jacques Verges boasted a chilling client list that earned him the nickname “Devil’s advocate.” From Nazi war criminal Klaus Barbie to former Khmer Rouge head of state Khieu Samphan and a string of Algerian bombers, Verges used his trademark “rupture strategy”—refraining the trial by accusing the prosecution of the same offences as the defendant.

In a French trial against an Algerian guerrilla fighter, for example, he said France was the guilty one for crimes against humanity over its colonial rule and claimed his client was a freedom fighter.

Belgian lawyer Mary has used a different tack, calling Abdeslam a “little moron” with the intellect of an “empty ashtray” in an apparent attempt to minimize his client’s role in the attacks.

“Defense is compulsory in a court, it is the fundamental rule of democracy,” said veteran French lawyer Henri Leclerc, 81, who was attacked by an angry mob while representing Richard Roman, who was found not guilty in 1989 of raping and killing a seven-year-old girl. “A lawyer’s role is to be present during the investigation to verify the legality of proceedings, that all elements that could be favorable [to his client] are taken into account,” Leclerc said. “In court he must be able to present his client’s defense. If he cannot manage, if he has problems with his conscience, he must leave. A lawyer doesn’t defend a crime, but a criminal.”

Martin Pradel, who has defended several jihadists, agreed: “You must judge people for what they have done and not for the fear they inspire. What we need is to look at Abdeslam as a suspected criminal and not as a sort of bogeyman, the sum of all our fears.”

“It has become almost blasphemous to mention that [a defendant] enjoys the presumption of innocence,” Pradel complained.

Another lawyer who recently defended a notorious robber, Christian Saint-Palais, argued that when someone hires a lawyer and places their fate in his hands “it is a trust that honors us.” The lawyer is there “to serve as a rampart when someone is the object of contempt or social hatred,” he said.