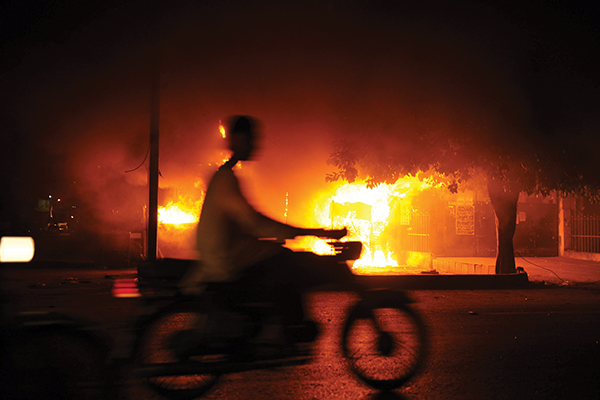 The government’s slow response to the floods and the Army’s resurgence in public opinion because of its visible rescue and relief work has prompted some to call for yet another Army intervention in Pakistan. Leading the charge is Altaf Hussain, self-exiled leader of the Muttahida Qaumi Movement, which is part of the ruling coalition in Islamabad and Karachi. Former cricketer and political naïf Imran Khan is also onboard.

Addressing the party faithful via telephone from London on Aug. 22, Hussain said his party would support “patriotic generals” stepping forward to save the country. The MQM, restricted demographically to urban Sindh, was close to military rulers Zia-ul-Haq and Pervez Musharraf. Hussain’s statement has been panned by mainstream political parties including the opposition Pakistan Muslim League (Nawaz).

Khan, who supported the Musharraf coup, recently told cable channel ARY News that his Tehreek-e-Insaf party “will back military rule in the country for the sake of stability.”

Hussain’s MQM has been displeased about Karachi’s shifting demographics since the military operation in Swat brought in tens of thousands of Pakhtuns. Violent turf wars with alleged supporters of the Pakhtun-majority Awami National Party, another partner in the ruling coalition, have claimed 103 lives in August alone.

For Pakistan, the overthrow of yet another elected government could lead to even greater disaster.