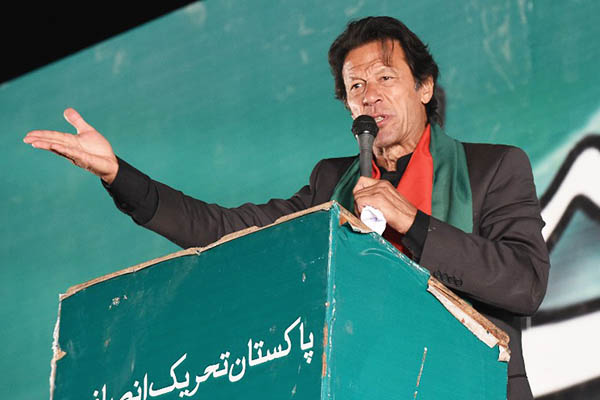 Democracy has collapsed into a new form of contestation in today’s world. In the United States, Republicans bad-mouth anyone who sounds like a liberal and condemn “liberal” democracy. Commentators say America has never been subject to antipathy as a form of democracy. Republicans use harsh language and can be violent when gathered in crowds. This antipathy has left the media behind; the extremism of the Republicans has not yet permeated into it except in a few cases like Fox News. The victory of President Trump in Congress—where he was acquitted of impeachment charges—was the defeat of the American media still out of step with where the people are going in politics.

In India, the media is divided and television has various shades of Arnab Goswami, who speak the divisive language of Prime Minister Narendra Modi even as the English-language press is hounded by its not-so-polite “comments” sections that defy democratic discourse. On the street, “pluralist” protesters are outnumbered by those who oppose anti-Hindutva sentiments and attack “anti-India liberals” while the police looks the other way. The Hindu wave is strong and aggressive, taking Pakistan as the symbol of all that India wants to defeat. The police has to help; and the Indian army responds to the hostile focus on Pakistan to confirm the authenticity of India as a Hindu homeland.

Pankaj Mishra wrote in The New York Times: “As pro-Modi television anchors hunted for ‘anti-nationals’ and troll armies rampaged through social media, threatening women with rape, lynch mobs slaughtered Muslims and low-caste Hindus. Hindu supremacists have captured or infiltrated institutions from the military and the judiciary to the news media and universities, while dissenting scholars and journalists have found themselves exposed to the risk of assassination and arbitrary detention. Stridently advancing bogus claims that ancient Hindus invented genetic engineering and airplanes, Modi and his Hindu nationalist supporters seemed to plunge an entire country into a moronic inferno. Last month the Indian army’s official twitter account excitedly broadcast its discovery of the Yeti’s footprints.”

President Trump wins against the Democrats because the economy under him is booming. He has done it by “de-globalizing” and bullying those who trade with the largest economy in the world and had linked their economies to it. Trump wants to block Hispanic migrants and build walls to seal the United States against the poor of South America. The economic indicators affirm his popularity and ensure his victory later this year. This factor dulls the impact of the Democrats as opposition and encourages the Republicans to use rough language against the media, which has still not succumbed to the personality cult of Trump.

India may have suffered a bit economically under Modi but the prospect of it as a market for foreign investment is still bright. The days of high growth may have slid into the background but “free-market” access to foreign investors still makes India an attractive destination for foreign funds. Modi’s shift away from the Nehruvian model to free market has done the trick and he knows tyrannizing the Kashmiris by scrapping Article 370 is not going to alarm the world.

A liberal India has today manpower of quality that India’s “Islamic” neighbor Pakistan cannot boast. It allows Modi to claim diplomatic victories by doing business with Iran without offending the Arabs and doing business with Israel without offending the Iranians. When Pakistan wants the Arabs to get together at the Organization for Islamic Cooperation (OIC) and condemn what Modi is doing to the Kashmiris they don’t budge, forcing Pakistan’s “charismatic” Imran Khan to embark on a suicidal diplomatic foray against them together with Turkey and Malaysia.

In contrast, Pakistan is in dire economic crisis surviving under an IMF belt-tightening that Imran Khan’s PTI government can’t manage without offending the suffering common man. Khan differs from Modi in that he fulminates against his political opposition from a shaky economic platform. He badmouths the opposition of “corrupt” politicians in Pakistan Peoples Party (PPP) and Pakistan Muslim League Nawaz (PMLN) while the suffering man in the street feels disinclined to support him. As in America and India, the idiom of democracy in Pakistan is based on antipathy; and the Pakistani media has by and large failed to keep in step with it, as in America and India. Failing the lynch-mobs of Modi, Khan uses the Pakistan Electronic Media Regulatory Authority (PEMRA) to punish anchors, most of whose salaries are in arrears.

America and India have their “big leaders” riding on economies that are not is dire straits. Pakistan has its “big leader” riding an economy that is breathing heavily in the IMF oxygen tent. In this case, “charisma” adds to the dangers that are increasingly “internal.” More and more people keep mysteriously “disappearing”; and Pakistan’s suicidal populism—anti-India, anti-America—brings it closer to chaos.