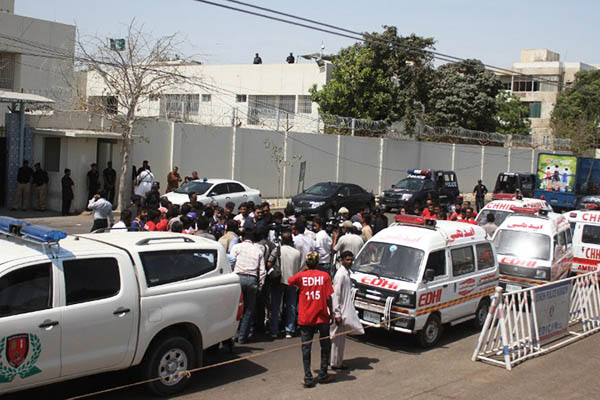 Police are investigating how detonator was brought to court before being defused.

The detonator of a hand grenade exploded during a demonstration requested by a judge in an anti-terror court on Monday, injuring two people and throwing the judge off his chair.

The dramatic incident, which wounded a policeman and court assistant, occurred during the trial in Karachi of a man accused of being an extortionist and gangster who had carried out several grenade attacks. Police claimed to have recovered a stash of grenades when they arrested him.

During the course of proceedings Judge Shakil Haider asked police to demonstrate how the device worked, a lawyer told AFP. “Upon the request by the judge, the investigator tried to demonstrate the working of the grenade by pulling something out of it,” defense lawyer Abdul Jabbar Lakho told reporters.

The judge was thrown from his chair by the blast, a witness said.

Senior police official Jamil Ahmed confirmed the incident, adding the part that exploded was the detonator, which was thought to have been defused. The explosive surrounding the detonator had already been made harmless, he said.

“We are investigating as to how the detonator was brought to the court without being defused,” Ahmed added.