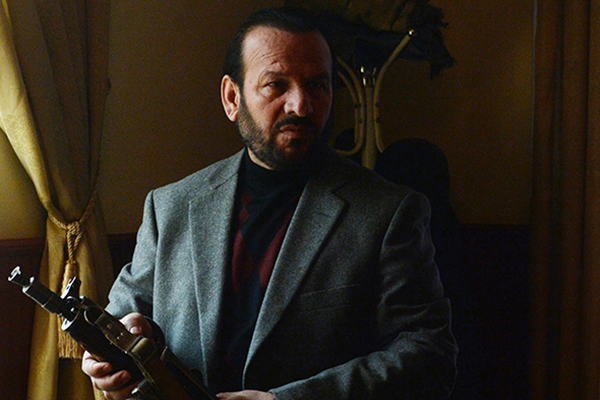 Parwan governor says presidential elections in April to be affected.

A scandal over civilian deaths in a recent U.S. airstrike is a stark reminder of how the Afghan war is raging just a short drive from Kabul, with a NATO-Afghan offensive failing to recapture districts under Taliban control.

The operation earlier this month to flush out the insurgents in Parwan province—near the capital’s northern outskirts—left 12 civilians dead, including women and children, according to the Afghan government.

Two days after the airstrike, the Taliban launched a suicide attack on a restaurant in Kabul killing 21 people, including 13 foreigners, in a massacre that drew worldwide condemnation and underlined the increasing threat to the capital itself. A Taliban spokesman said the attack was to avenge the airstrike.

The political fallout from the anti-Taliban operation in Siagerd district has focused attention on how close the war is to Kabul as NATO’s combat mission winds down this year—forcing Afghanistan to rely on its Army and police to thwart the insurgency.

The provincial governor said that strongholds of Al Qaeda-linked Taliban militants survived the intense 24-hour ground and air attack, and that it was too dangerous to hold April’s presidential election in some areas. “There have been military operations last year and again this month, but there has not been an operation to decisively rout the Taliban,” Gov. Basir Salangi said at his fortified headquarters, an hour’s drive north of Kabul. “There are two districts where militants go to seek safety,” he said. “The security has got worse in the last three years due to the Taliban coming from Pakistan.”

In an attempt to clear out the insurgents, a joint military operation involving U.S. Special Forces was launched at dawn on Jan. 15. The NATO mission admits several civilians were killed, while an investigation team sent by Afghan President Hamid Karzai reported that 12 civilians died, including women and children.

The deaths escalated tensions between Afghanistan and the United States, with Karzai already at loggerheads with Washington over a security agreement to allow some U.S. troops to remain in the country after this year. Karzai has regularly demanded that the U.S. halt airstrikes and has used the Parwan deaths to again demand an end to all U.S. military action in residential areas before he considers signing the bilateral security agreement.

NATO officials say insurgents from Siagerd district have “freedom of movement” in the province and are responsible for repeated attacks on nearby Bagram airbase, the largest military base for U.S. troops in Afghanistan.

“The operation’s main goal was to destroy a Taliban center,” said Salangi, 50, who was an anti-Taliban militia commander before rising to become governor. “Security forces captured some hills, and insurgents went into villages, so there was fighting around houses. Two senior rebels were killed, including the Taliban’s deputy shadow governor, plus four other Taliban.”

When Afghan and U.S. troops were caught in an ambush and fierce firefight, one U.S. soldier was shot dead before the U.S. airstrike was called in. NATO’s International Security Assistance Force said defensive air support was needed to suppress enemy fire.

The insurgents in the province also regularly menace the main road from Kabul to Bamiyan, a route that until 2010 was a safe and scenic trip for Kabulis visiting the site of the destroyed Bamiyan Buddhas.

The next big target for the militants could be the April 5 presidential election, which is a key test of Afghan stability after 13 years of U.S.-led intervention and billions of dollars of aid. “There is no chance of us opening 18 polling booths [in Taliban-held territory]. That has been decided already,” said Salangi. “Now it is winter, but we want future military operations in these districts.” In the meantime, he keeps his AK-47 assault rifle close at hand by his desk.

When his office was stormed by seven suicide attackers in 2011, he used the gun to shoot dead one man outside the window after most of his guards had been killed. “I shot him in the mouth,” Salangi recalled. “I am never afraid when I have my gun in my hand.”