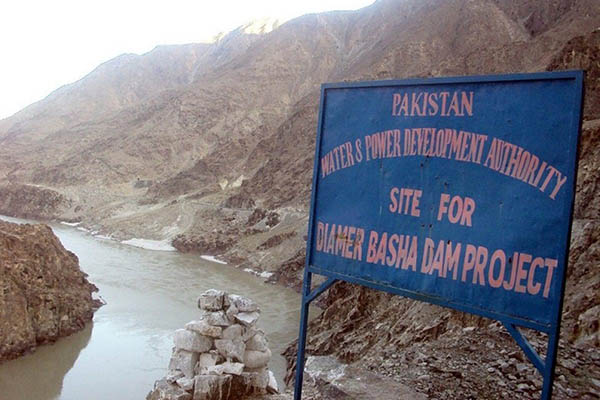 The Government of Pakistan on Wednesday announced the contract to construct the Diamer-Bhasha Dam had been awarded to a joint venture of Power China and the Frontier Works Organization.

Covering the construction of the main dam, diversion system, access bridge, and 21MW hydropower plant in Tangir, the contract has been valued at Rs. 442 billion, said WAPDA Chairman Muzammil Hussain.

Addressing the signing ceremony, Hussain said the dam would prove very beneficial for the economic development and social uplift of the country. He said WAPDA was committed to completing the mega project in accordance with the stipulated time frame to meet Pakistan’s growing water and electricity requirements.

The WAPDA CEO said the Diamer-Bhasha project’s value was estimated at Rs. 1,406.5 billion, and was set to be completed in 2028. He said the dam would store 8.1 million acre-feet (MAF) of water and would be able to produce 4,500MW of electricity.

Diamer-Bhasha Dam CEO Amir Bashir Chaudhry signed the contract for the construction of the project on behalf of WAPDA, while Yang Jiandu signed the agreement on behalf of the joint venture.

The awarding of the contract follows Prime Minister Imran Khan directing WAPDA earlier this week to begin construction on the Diamer-Bhasha Dam as soon as possible, claiming it would provide more than 16,000 jobs and boost the country’s cement and steel industries.