Did the Taliban Release Their New Chief’s Photo? 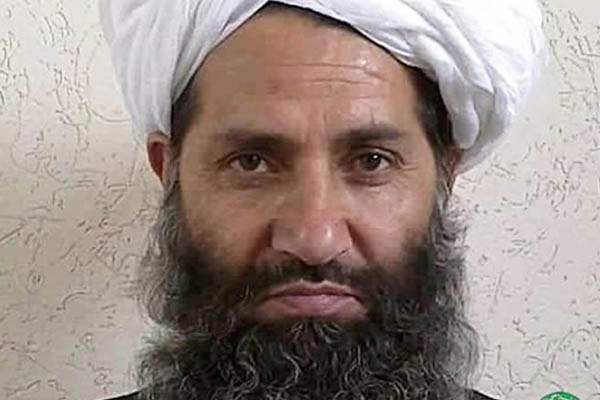 Speculation abounds over the clear headshot of secretive leader circulated on social media.

An ordinary, albeit strikingly clear, headshot of the secretive Afghan Taliban’s newly appointed chieftain has triggered a flurry of speculation over the motive behind its release.

A picture of Haibatullah Akhundzada was unofficially circulated on social media soon after he was declared the new Taliban leader on Wednesday, taking jihadi watchers by surprise. Only a grainy image of Mullah Omar, the insurgent group’s secretive one-eyed founder who died two years ago, was published and the Taliban released a coarse handout photo of his successor Mullah Akhtar Mansour. So why was a high-resolution portrait photo, showing Akhundzada with a salt-and-pepper beard, circulated just days after Mansour was incinerated in a U.S. drone strike in Pakistan? And who was behind it?

Those questions have prompted an international avalanche of social media speculation.

“If u were the Taliban wld u want [pictures] of your leader splashed around so he can be droned easily?” one Twitter user said. “Oh hey look the Taliban have released a picture of their latest hellfire-missile-bait leader,” said another.

A member of the Taliban’s media commission sought to downplay the speculation, saying the picture was taken more than 12 years ago when Akhundzada went on haj pilgrimage to Saudi Arabia. “Now Akhundzada is an old man with a white beard but we cannot release his latest picture for security reasons,” he told AFP.

Taliban spokesman Zabihullah Mujahid added another layer of intrigue, telling AFP the group had not intended to release his picture but was forced to confirm its authenticity after it made a splash online. “We don’t know who did it,” he said.

Taliban expert Rahimullah Yousafzai suggested the picture might have been released by insurgent sympathizers rather than the group. “The new Taliban chief is an Islamic scholar and he too will not like a picture of his in the media,” he said. “But now that it has been published they have no way to take it back.”

The clarity of the image has led some to speculate that intelligence agencies were behind its circulation. “The clear portrait shot… looks like something from the archives of a security agency,” said one Western official in Kabul.

When the Taliban ruled Afghanistan between 1996 and 2001, almost all electronic products were outlawed as un-Islamic. Photographs of living things were illegal and ownership of a video player could lead to a public lashing.

But the Taliban have avidly embraced electronic communication and social media in recent years as a recruitment tool and to promote their propaganda. “We know that we can’t go forward without the help of media,” the member of the media commission said.

Very very intentional and relaxed picture behind a paved wall of a high standard home. Neither in a cave nor a black curtain to cover the wall of a bungalow. Picture is not for hajj. Hajj pics need a blue background in a studioo.