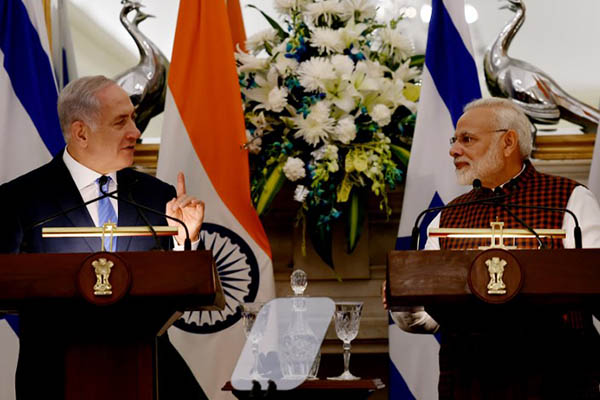 Refusing to recognize Israel serves no benefit for Pakistan

Israeli Prime Minister Benjamin Netanyahu landed in India last week, saying “it was a friendship made in heaven” amid warm embraces by his Indian counterpart, Narendra Modi. Pakistan, meanwhile, was in the process of designating Israel, India and the United States as “enemies of Islam.” Something was not right because no Islamic country could agree with this trinity of “evil” as proposed by Pakistan Senate Chairman Raza Rabbani in Tehran. Why was it incongruent? Because the times have changed.

India used to be in the nonaligned movement headed by the Soviet Union and looked at Israel as a proxy of the United States. This also inclined the Arab states of the Middle East to look at India as a friend, a sentiment they didn’t reserve for Pakistan, which was a partner of America in a number of “defense pacts” regarded as hostile to Muslims and benign to Israel’s illegal occupation of Palestine.

The people of Pakistan felt deeply for their Arab brethren; the leaders in Middle East however felt no great solidarity with Pakistan when it came to international politics. This cost Pakistan dearly as the Islamic world often looked the other on the “core issue” of Kashmir for which Pakistan kept on fighting wars with India and losing them.

Pakistan didn’t embrace realism even after reality of Israel became the “new normal” in the Middle East. It could have benefited militarily from establishing relations with Israel but it didn’t. India has been more supple in its reaction to the international scene after the fall of the Soviet Union. It has recognized Israel and has been trading with it. Israeli tourists crowd the streets of India and Israel has become the third largest supplier of weapons to India after U.S. and Russia.

Many Pakistani ambassadors stationed in Washington have recommended recognizing Israel “from the defense of point of view” but were mercilessly pilloried by the press back home—despite ‘brotherly countries’ Egypt and Turkey profiting from past deals with Israel. Now even our brethren in the Middle East, feeling hounded by Iran, are rethinking relations with Israel.