Home Culture Discussions with the Divine

Discussions with the Divine 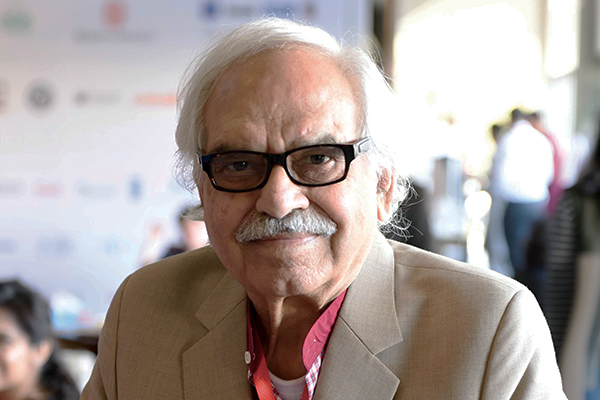 Islamic expressions of art offer more than the eye can see.

One of humanity’s earliest instances of self-awareness is recorded in the Lascaux cave paintings, estimated to be over 17,000 years old. This primitive phase of consciousness—the depiction of what one sees for others to see—passed through Mesopotamia, Egypt, Greece and Rome, and developed into a language in which the human figure was central. It became the dominant idiom of art, embraced and championed by the colonizing church and heralded as the highest form of human expression by a self-satisfied West.

Western civilization, blinded to distraction by its own self-belief, minimized all other forms of art as primitive, relegating expressions of other cultures to the margins.

German philosopher Georg Wilhelm Friedrich Hegel historicized Greek sculpture as the pinnacle of artistic achievement and accorded secondary status to non-Western expressions that, in his opinion, did not fully possess “self-consciousness.” He elevated Western culture and then, from that lofty height, looked down on expressions of Islam, which, he said, “cannot represent [its] God in the positive way that Christians have.”

Hegel’s aesthetics are based on the sensuousness of form, realized specifically from looking at and experiencing the human body. He was unable to see any significance in what goes beyond and defies the images produced by primitive consciousness, and he was unable to reconcile that Islam had emerged in opposition to and in defiance of the cult of the graven image and the worship of the human form. Hegel failed to understand that the concept of the Divine in Islam has no physical form and thus cannot be represented through worldly images. Islamic expressions, in fact, confronted and went beyond the trap of primitive consciousness that exalted depictions of the human form.

How was a progressive thinker like Hegel unable to grasp the blatant oppressiveness of his worldview? It seems that his mind was blocked by the power of the culture he was part of and its presumed greatness. Following the Renaissance and the so-called discovery of the New World, Hegel’s ideas were part of the emergence of a self-aggrandizing discourse in Europe that legitimized and underpinned the West’s emerging colonial power. Edward Said’s seminal work, Orientalism, addresses this institutionalized discourse: “Philosophers will conduct their discussions … between their ‘philosophical’ doctrine and racial theory, justification of slavery, or arguments for colonial exploitation … What other sorts of intellectual, aesthetic, scholarly, and cultural energies went into the making of an imperialist tradition?”

What Hegel overlooked rather willingly in the service of his narrative is that the prohibition of graven images in Islam is unimportant. What is significant is that Islamic expressions liberated the consciousness from such images. The Muslim mind went beyond primitive consciousness, or what psychoanalyst Jacques Lacan called the “mirror stage,” toward the invisible. From this emerged a form of geometry in art whose complex multilayered configurations created by Arab Muslim artists over a thousand years ago enabled humanity to feel and think about what lay beyond the seeable. The independence from the eye offered both an enlightened view of the Divine and what was historically an advanced concept and understanding of the cosmos.

The language of geometry is in fact the language of liberation and freedom, but (graven) images continue to dominate our small-again world today. The sublime forms of transcendent Muslim expression created a millennium ago cannot be revived, but the spirit that produced this vocabulary can be reawakened, bringing with it the power and potential to liberate humanity from the simpleton darkness of primitive consciousness and change the way we engage with the world and the Divine.

Araeen is an artist and writer credited for initiating a rethink of 20th-century art history. He lives in London, and spoke at the fourth Lahore Literary Festival (LLF) in February. From our March 5-12, 2016, issue.