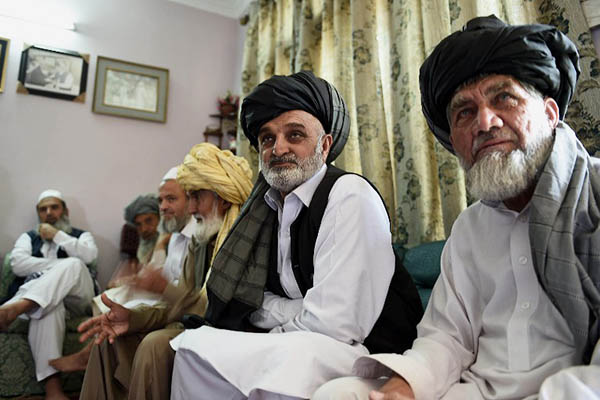 Residents required to sign ‘social contract’, vowing no terrorism will be permitted on their soil, before they can go home.

Hundreds of thousands of Pakistanis displaced by anti-Taliban military operations in tribal areas wish only to return home—but first they have to agree to fight the extremists themselves.

It’s “social engineering” unheard of in the recent war on terror: displace an entire population, fight the insurgents who remain, then bring back those uprooted and charge them with keeping the militants at bay. And this time, North Waziristan’s displaced have little choice but to accept.

June marks one year since the Army launched an offensive in this region of northwest Pakistan, which became a refuge for jihadists after the Afghan Taliban was driven from power across the border. On the Taliban’s fall in 2001, tribal chiefs welcomed them with open arms, or were forced to, transforming the area into a hub for the global jihadi movement, hosting fighters from Al Qaeda, the Haqqani network and European apprentice militants, targeted by U.S. drone strikes.

But in launching their operation last year, the Pakistan Army pushed out hundreds of thousands of ordinary Waziris, who today live in camps, with relatives, or in rented hovels in the tribal areas. “We know that everything there is destroyed: the bazaars, the houses, the schools and the religious seminaries,” says Malik Khan Marjan, who heads North Waziristan’s tribal alliance and is desperate to go home. “But we have no information about what exactly is happening there on the ground.”

The Pakistani authorities say 67,000 homes in the tribal belt have been completely destroyed, but there has been no independent assessment of the scale of the damage. The country has asked the international community for $800 million to “rebuild and rehabilitate” the tribal areas where two million people, out of a total population of 4.6 million inhabitants, have been displaced by the fighting in recent years. But since people were initially allowed to return from March onwards—triggering a process that will be spread out over two years as areas are cleared by the military—less than 300 families have returned to North Waziristan. Indeed, to return at all, residents must sign a “code of conduct” which has left many Waziris angry.

The code, officially titled a “social contract,” prescribes that tribes affirm their “loyalty” to Pakistan and recognize their “responsibility” for the proliferation of jihadists in the area in the past decade. Tribes are required to pledge that they will not allow “any terrorists, internal or external, to use the land of North Waziristan for terrorism,” are obliged to form 40-man militias known as the Quami Salweeshi to deny jihadists refuge, and must report on the movements of the “enemy.” Were a tribe to fail in the responsibilities laid out in pledge, the contract says the government “will be free to conduct any operation in that area.”

“The burden of consequences of any losses in such operations will be on the tribe and the tribe will have no right to ask for any compensation from the government,” the document says. Tribal leaders have bristled at the notion they must pledge loyalty to Pakistan, noting they fought for their country in disputed Kashmir shortly after 1947 independence, and against Soviet forces in Afghanistan in the 1980s, before having to “sacrifice” their homes for the recent offensive.

“The government is seeking support from us but what type of support?” asks tribal leader Malik Niaz Khan. “We have no means to defend ourselves, it is the government that should protect us.”

Others complain that Pakistanis elsewhere in the country are not being required to sign any such document. “Has the government asked for these guarantees from people in Balochistan, in Karachi and elsewhere?” says Mohammad Malik Noor, another tribal chief. “We cannot be faulted for anything so why do they ask for this guarantee?”

According to one researcher, the contract is evidence of a government that has sought to pin the blame on tribes, rather than looking inwards to its own mandarins, spies and soldiers. “It is blaming the tribesmen for whatever has happened in tribal areas, and specially in North Waziristan, for the last eight to nine years,” says Saifullah Khan Mehsud, director of the FATA Research Center, an independent organization. “It is putting the blame of all of that on them.”

Even those who sign the pledge and return to North Waziristan face myriad restrictions, ranging from requiring military approval to travel between villages, out of the tribal belt, or to import goods. “We now need a permit to import oranges,” quips one North Waziristan resident.

For those in the camps, the choice to return to their homeland in the tribal areas—whether it be North Waziristan or elsewhere—remains a daunting one. “We are afraid to return,” admits Jan Badshah, who is originally from the Khyber Agency, which has also been subject to an Army offensive. “There was shelling, fighting, people dying,” he says, sitting in a tent transformed into a sauna by the scorching sun. “We will stay here as long as the war is continuing,” he continues. “God only knows when it will end.”