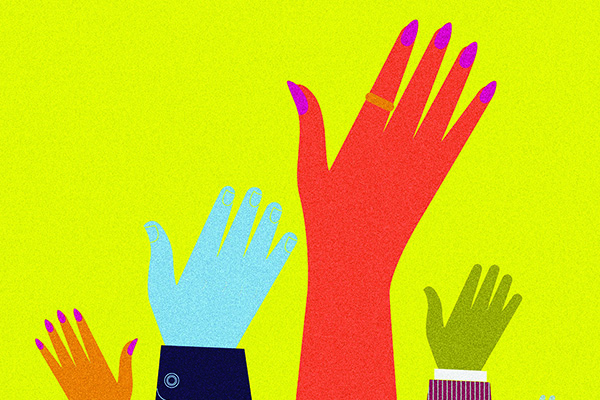 Zarak Khattak, the 33-year-old chief executive officer of Peshawar-based Frontier Foundry Steel, managed to decuple his company’s annual turnover within a decade of taking it over from his father. While his hard work and dedication cannot be dismissed, he believes one factor, more than any other, has been key to this success: a dedication to diversity and inclusion at all levels of the organization.

“Every form of diversity at the workplace has an added advantage,” says Khattak, noting his company’s commitment to inclusivity did not happen overnight. FF Steel is based in Peshawar, Khyber-Pakhtunkhwa, a province that has particularly struggled with gender diversity due to prevailing conservative social mores. According to Pakistan’s Bureau of Statistics, only 14 percent of the province’s women participated in the labor force in 2014, as compared to 60 percent of men. This matches the global perception of Peshawar as a city of conservative values, with industries there subscribing to public opinion against gender diversity.

Khattak sought to change that. In 2016, he started employing women at FF Steel, with the ultimate goal of a steadily increasing number of women employees in every department of the company. This ongoing, long-term strategy has paid dividends, with FF Steel currently one of the top 20 fastest growing companies in Pakistan. “Most people in Khyber-Pakhtunkhwa do not understand the benefits of having women in the workforce,” he says. “Compared to men, women are more organized, responsible, hardworking and are exceptional at multitasking. In business, one must have a balanced team to achieve better results,” he adds.

Experts have long maintained that a diverse workforce is key to organizational growth and long-term success. To promote workplace diversity, industry leaders must encourage cultural shifts to help bring in better workers to the workforce. Overall, companies that invest in inclusion tend to fare better than their conservative counterparts, and are able to capitalize better on the diversity of their workforce. The United Nations Development Program (UNDP), which works to reduce inequalities and exclusion, has sought to encourage this through the launch of its Leading Diversity Initiative. Under this initiative, industry leaders who support workplace diversity and introduce inclusion programs are encouraged at regular intervals to promote a diversified environment in their organizations.

Khattak admits he has been luckier than most. When he took over FF Steel from his father in 2008, the company posted a turnover of Rs. 120 million. A year later, in 2009, he doubled that to Rs. 240 million. In 2010, the company’s turnover crossed Rs. 500 million. Today, the company averages per annum profit of Rs. 11,000 million. This success helped him to push through his vision for the company. “Luckily, I faced no resistance in bringing in this change,” he says of his decision to hire women for management positions of FF Steel, where they now work alongside the men. 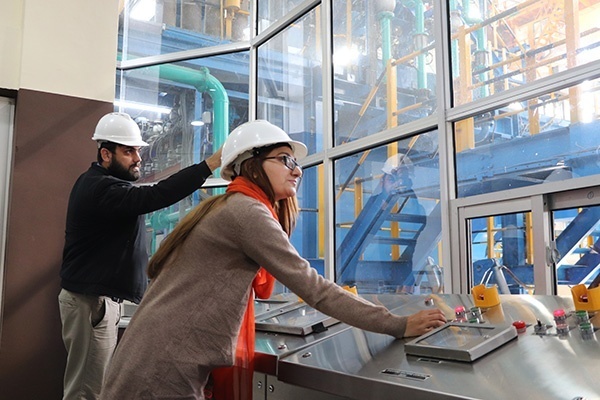 Despite the lack of significant resistance, Khattak acknowledges that leading the charge for such changes is never easy. However, such change is essential in areas where it is the prime requirement to keep in step with the times. “I can cite many family businesses that were ruined because the new generations at the helm did not have the authority to make the needed changes,” he says.

A distinguished student, Khattak was awarded several gold and silver medals in recognition of his academic excellence. At 17, he topped in Physics in the Cambridge International A-level exams. After completing his undergraduate degree from the Ghulam Ishaq Khan Institute of Technology and Engineering Sciences, he wanted to continue studying and obtain an MBA, but circumstances led him to take over the company of his father, Nauman Wazir Khattak.

Currently a member of the Senate of Pakistan, Nauman Khattak hails from Adamzai, a small village in the Nowshera district of Khyber-Pakhtunkhwa. An aeronautical engineer, he took early retirement and set up FF Steel in Peshawar in 1986. This was a time when there were hardly any factories operating in the province and there was an acute shortage of cargo facilities for transportation of steel goods. Entering the industry under these conditions inspired the senior Khattak to work for sustainable development and socioeconomic betterment of his native province.

The transition from father to son was relatively smooth, which Khattak credits with being granted the freedom to reshape the company in line with his personal vision. His first independent decision was to tap into a niche market by producing Grade-60 steel bars, used chiefly for construction purposes. Doing so lost him some customers, he admits, as FF Steel was no longer producing lower-quality steel bars that were more in keeping with market demands. However, the company never compromised on quality—a decision that earned him and the company greater rewards and reputation in the long run.

Today, the company has a nationwide presence, with offices in Lahore, Karachi and Islamabad in addition to its headquarters in Peshawar. Initially employing around 100 people, it now boasts a formidable workforce of over 600 workers from across Pakistan, including Sindh, Kashmir, and Gilgit-Baltistan.

Recounting the years during which there were very few women at the steel mill, Khattak says the male-dominated workforce was very rowdy and often short-tempered. Increasing the number of women rapidly resulted in positive changes, the most notable being a marked improvement in employee performance. “Men in the factory have become more professional and well-disciplined. They refrain from using any foul language, avoid smoking and adhere to the work dress code,” says Khattak. “Now that women are doing similar work, men have become more conscious about their performance and work even harder to prove their professional caliber,” he says, adding that the overall work environment is much happier.

“I have an employee who sports a long beard and sometimes even wears a turban,” he says with a smile. “He now handles all international orders with the help of his female colleagues. It is very important that companies have a balanced mix of people from all genders. If they do not understand the advantages of diversity, they will not be able to perform with excellence.” 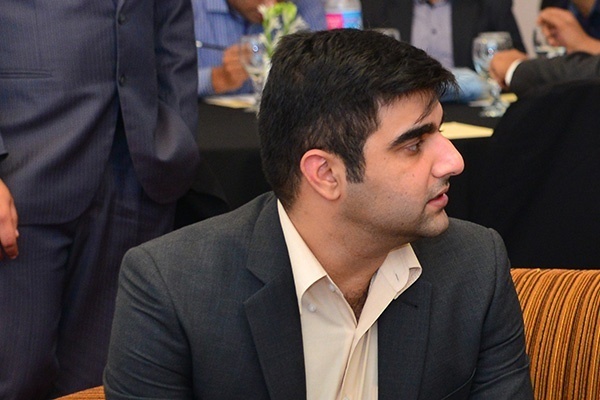 Khattak is aware that his company’s policies are still a relative rarity—even in the more cosmopolitan parts of Pakistan. Women comprise 49 percent of the country’s population, but according to the World Bank only 23.9 percent of them were part of the labor force in 2018. FF Steel has a robust policy of inclusion with no discrimination and zero tolerance for harassment. Women can choose to dress according to their own preferences, and no one is forced to cover their heads in line with Islamic principles of personal choice.

“We are treated as equals and are openly encouraged to participate and voice our opinions and ideas,” says Nida Ayub, the head of digital efforts at the company’s marketing department. She previously worked for a firm that promoted women’s empowerment but says her experience at FF Steel has been more pleasant.

Khattak says gender diversity works best when it is valued by the workforce—and is not treated by employers as an obligation. In addition to gender diversity, FF Steel also encourages age diversity within teams to enhance overall workplace productivity. Compared to younger employees, older workers tend to be more loyal to the company and have a high retention rate. Younger workers, on the other hand, want to pursue career-oriented employment and tend to find more creative and innovative ways to excel within the company. In short, age diversity allows different experiences, ideas and perspectives to merge, which enhances the company’s diversification initiatives.

Khattak firmly believes that providing equal employment opportunities also helps minorities because they feel empowered as a part of the new generation of agents of change. Several studies have found that the so-called millennial generation prefers working for companies that have impressive corporate social responsibility credentials that make programmed efforts to reduce disparity in society. A 2015 Cone Communications Millennial CSR Study found that 62 percent of millennial respondents would even be willing to take a pay cut to work for a responsible company.

The private sector can capitalize on this by working with projects where marginalized communities and minorities can thrive and prosper. FF Steel’s inclusion and diversity policies not only enrich its workplace culture, but also help make a positive impact on the company’s overall image. Khattak says the UNDP’s Leading Diversity Initiative, which any company can voluntarily sign up to at leadingdiversityinitiative.org, can help to raise the profile of forward-thinking corporations and pay off in the long run.

Khattak is putting his money where his mouth is. He values his employees as a keystone for sustainable business growth, treating them all as equals and promoting a diverse and inclusive culture. He does this regardless of gender, ethnicity, age, sexual orientation or disability. With no conflict or differences, a happy team can produce better business results. There can be no more valuable lesson for the business community.