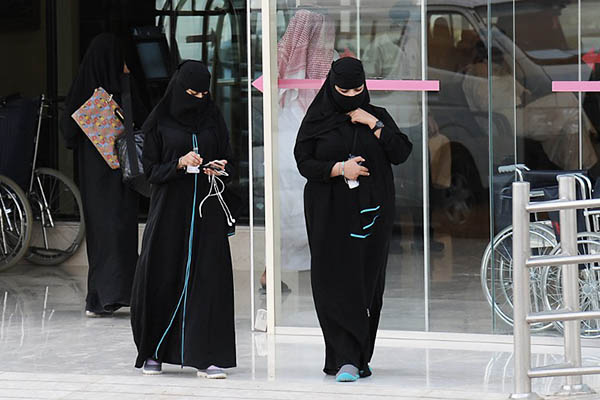 New initiative will allow women to act independently from men, according to local media.

Female divorcees and widows in Saudi Arabia are set to get their own ID cards allowing them to act independently from men, local media reported on Thursday.

The changes will allow women to register a child for school, access records and authorize medical procedures once their marriages have ended, the reports said. Without their own identity documents, divorced women in Saudi currently need permission from their husbands or a court order to perform those tasks, the Arab News said. No date has been set for the change, it added.

Newspapers reported that 28 percent of Saudi marriages end in divorce and 65 percent of court cases in the kingdom involve family matters. The Male-dominated country allows men to take up to four wives according to Islamic law.

Women face a series of restrictions in the ultra-conservative kingdom, the only country in the world where they are not allowed to drive. They have to cover themselves in black from head-to-toe in public, and require permission from a man in their families to travel, work or marry.

The sexes remain strictly segregated in public, with separate sections for single men and “families.” There has however been a slow expansion of some rights for women.

This week more than 900 women are engaged in their inaugural campaigns for public office. The Dec. 12 municipal ballot is also the first time women can vote for officials. The late king Abdullah in 2013 named women to the appointed Shura Council, which advises the cabinet. And two years ago, a Saudi woman registered for the first time as a trainee lawyer.