Doctors and Hospitals Among Taliban Casualties of War 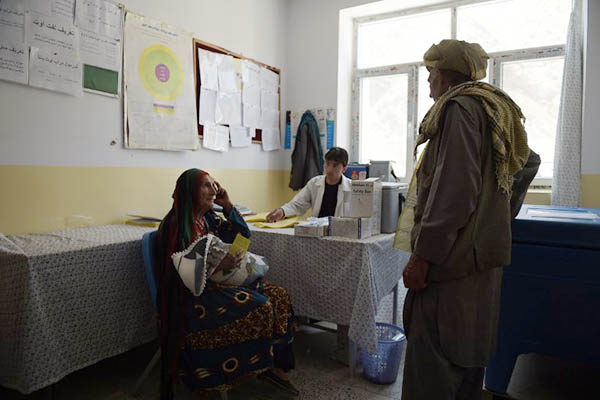 In Afghanistan, medical facilities are being forced to shut down, leaving ordinary citizens without any healthcare

After the Taliban closed his local health clinic, Afghan farmer Haji Fazel Ahmad was forced to rent a car to take his sick wife to the nearest hospital six hours away. To his dismay the insurgents had shut that too.

It is a scenario being played out across Afghanistan as medical facilities and workers come under attack from all sides of the bloody conflict, denying ordinary people access to even the most basic healthcare.

Since January more than 200 medical centers have been forced to close—most temporarily—while 13 aid workers have been killed and over 150 injured, figures show, underscoring the growing violence as Afghan forces struggle to beat back a resurgent Taliban and other Islamist groups.

In recent days Taliban fighters have closed scores of medical facilities in the impoverished southern province of Uruzgan in what authorities say is an attempt to force the local government to set up more clinics in areas under control of the insurgents, apparently to treat their own fighters. “We were in the clinic when a number of armed men came in and asked us to give them the keys and told us we could no longer stay there,” said Ehsanullah, a doctor based on the outskirts of the provincial capital Tarinkot.

Other facilities shuttered by the Taliban were located in Charchino district where Ahmad and his wife live. “There were no health services available so I spent 2,500 Afs [Afghanis, $37] on a car fare to Tarinkot but unfortunately the situation is no better,” Ahmad told AFP. The poor farmer then had to borrow more money to rent another car to drive to Kandahar city in the neighboring province of the same name in the hope of finding treatment for his ailing wife.

The 2014 withdrawal of U.S.-led NATO combat forces has fueled the insurgency, driving up casualties and increasing pressure on healthcare providers. Medical facilities and workers have been targeted by all sides of the conflict including the Taliban, Islamic State, Afghan military and international forces, experts say.

The motives include denying wounded enemy combatants medical treatment, killing those already inside a facility or using the center as a shelter during battle. They are also sometimes used as a bargaining chip, like in Uruzgan, to improve medical access for fighters while on other occasions they appear to be the unintended target such as the deadly U.S. airstrike on a Doctors Without Borders trauma center in northern Kunduz province in 2015.

The number of closures this year has already topped last year’s count of 189, World Health Organization data shows. “Before 2015, most of the attacks occurred in so-called traditional conflict areas such as Kandahar province in the south and Nangarhar in the east. However, in the past two years, attacks on health facilities and healthcare workers have become more common throughout the country,” said David Lai, health cluster coordinator at WHO Afghanistan.

But the extent of the problem may be far worse than the figures suggest.

Many facilities do not bother to report attacks because they occur so frequently, New York-based advocacy group Watchlist on Children and Armed Conflict said in a recent report.

Healthcare workers are also frequently threatened, abducted and even killed. Earlier this month a Spanish physiotherapist working for the Red Cross was shot and killed by a wheelchair-bound patient at the charity’s rehabilitation clinic in the northern city of Mazar-i-Sharif. That followed the killing of six Red Cross workers during an ambush of their convoy in the northern province of Jowzjan in February, the deadliest attack on the aid group which local police blamed on I.S. Two Afghan employees abducted in the assault were released this month.

“Every year is worse than the previous one,” said Thomas Glass, Kabul-based spokesman for the International Committee of the Red Cross, which has dramatically scaled back its services in Afghanistan. While the WHO tries to fill the gaps in healthcare services with mobile clinics, Lai admits they cannot reach everyone in need.

“When the normal standard health facility closes and there’s nothing else the whole district is left without healthcare,” Lai said, estimating two million people have been affected this year. “Healthcare should not be part of conflict.”