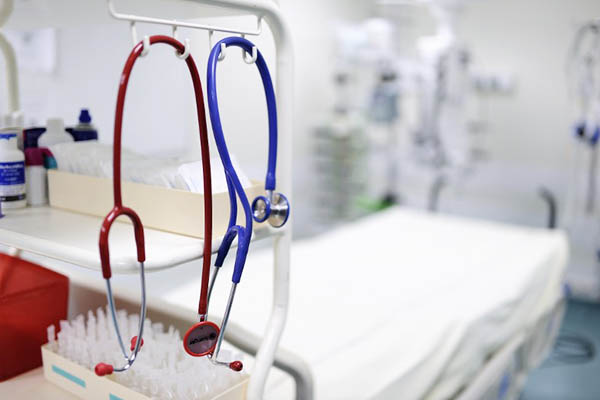 Doctors in Pakistan have re-attached the hand of a man who accused police of chopping it off after arresting him for allegedly stealing electrical cables, officials said Tuesday.

Ghulam Mustafa was accused along with a second man, Liaqat Ali, of stealing the cables in the Vehari District of southern Punjab. The case is the latest to outrage rights activists following the bludgeoning to death of a pregnant 25-year-old outside the Lahore High Court last week, with one prominent lawyer saying it showed the country was “drifting fast toward barbarism.”

The men claimed police chopped off one of each of their hands on Friday, but officers insist the men inflicted the wounds on themselves in order to commit suicide.

“The doctors have rejoined the hand of one of the accused at the government-run Bahawalpur Victoria Hospital, as his skin was still intact and his hand was clinging to him though his wrist bone,” said Sadiq Ali Gujjar, a local police official. He said the severed hand of the other suspect was found in the police station.

The chopping off of hands is a punishment prescribed under Shariah law.

Hina Jilani, a supreme court lawyer and rights activist, said the incident was indicative of a growing trend of religiously motivated vigilantism. “The incident shows that this society is drifting fast toward barbarism,” she said. “When the state machinery is habitual of giving inhumane penalties and taking the law into its own hands, than the notion of rule of law exists no more,” she added.