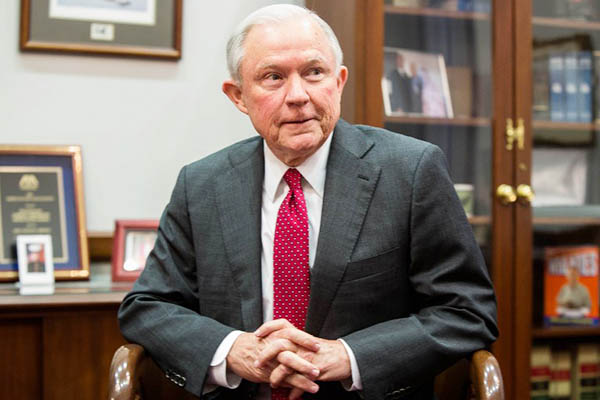 U.S. Attorney General Jeff Sessions declared Monday that victims of domestic and gang violence will no longer qualify for asylum, in an effort to stem a flow of illegal immigrant families from Central America.

In a deciding opinion on a case of an unidentified woman from El Salvador who was raped and beaten by her husband for years, Sessions said that asylum seekers must prove that they suffer persecution arising from their membership in a distinct group.

“An alien may suffer threats and violence in a foreign country for any number of reasons relating to her social, economic, family, or other personal circumstances. Yet the asylum statute does not provide redress for all misfortune,” Sessions said. Such a group cannot be overly broad or diffuse, Sessions said, overruling a previous asylum decision, which accepted married women who are victims of violent relationships as a persecuted group.

“The mere fact that a country may have problems effectively policing certain crimes—such as domestic violence or gang violence—or that certain populations are more likely to be victims of crime, cannot itself establish an asylum claim.”

The ruling came as part of a pushback to the arrival of thousands of migrants from Honduras, Guatemala and El Salvador over the past year fleeing widespread violence in their country. Most of them cross the U.S.-Mexico border and immediately turn themselves in to request asylum.

In early May Sessions announced that any illegal border-crossers, including asylum seekers, would first be charged with a crime, and parents and children would be separated. The policy, meant to be a deterrent, has sparked strong criticism and an accusation from the U.N. Human Rights Office that children’s rights are being violated by the policy.

In a speech earlier Monday, Sessions made clear the Trump administration’s ongoing frustration with the border situation. “The asylum system is being abused to the detriment of the rule of law, sound public policy, and public safety—and to the detriment of people with just claims,” he said. “The vast majority of the current asylum claims are not valid,” he added, saying only 20 percent have met asylum standards. “Asylum was never meant to alleviate all problems—even all serious problems—that people face every day all over the world.”

Sessions’ statement set the standard for immigration judges facing a massive surge in cases of undocumented immigrants. More than 7,800 asylum applications were filed in March alone. And immigration courts overall face a backlog of about 700,000 cases of all types.

Steve Vladeck, a University of Texas law professor, said a key point in Sessions’ ruling was that applicants needed to demonstrate that “the government condoned the private actions or demonstrated an inability to protect the victim.”

“That’s quite a high burden,” he said on Twitter.

Democratic Senator Richard Blumenthal attacked the decision as “shameful,” closing the door on women fleeing violence, LGBT refugees, and others. “Today’s decision will send untold numbers of refugees to their deaths,” he said.