Home Latest News ‘Don’t Come Back Unless You Need To’ 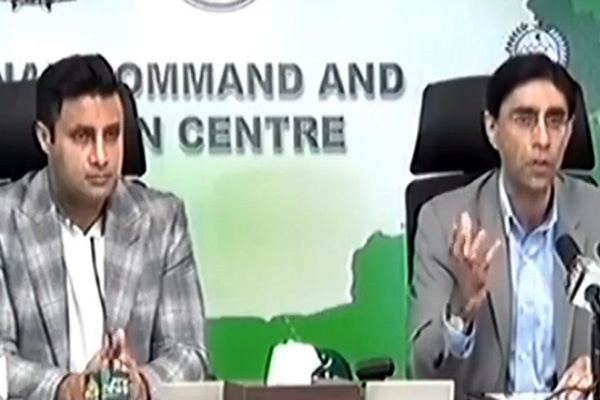 Special assistant to the P.M. on National Security says all international airlines will be allowed to operate repatriation flights from June 20

Any stranded Pakistanis who do not urgently need to return to their homeland right now—either due to unemployment, expired visas or family concerns—should stay where they are for now, Special Assistant to the P.M. on National Security Moeed Yusuf said on Wednesday.

Addressing a press conference with Special Assistant to the P.M. on Overseas Pakistanis Zulfiqar Bukhari, he said that the government had decided to allow all airlines to start offering repatriation flights for Pakistanis from June 20 with 25 percent capacity. “This only applies to flights coming into Pakistan; our restrictions on flights leaving the country remain in place,” he clarified.

According to Yusuf, eight airports across the country would cater to the flights. He said efforts were underway to repatriate all stranded Pakistanis within a month.

Both men said that with the resumption of air travel, passengers could once again buy tickets directly from the airlines rather than going through embassies.

Explaining the process the government would implement to ensure the safe return of Pakistanis, Yusuf said thermal scans of all passengers would be conducted upon arrival and a series of questions asked by healthcare professionals. “If they suspect you to have corona, you will be taken to hotels and kept there until results are received,” he said. “Those who test negative would go home, but be required to quarantine for 14 days. Those testing positive would be kept by government at quarantine centers,” he added.

According to Yusuf, special teams would monitor the returning passengers to ensure they did not violate their 14-day quarantine. “If you don’t observe the 14-day self-quarantine and we have to close our airspace, you will create difficulty for those working abroad,” explained Bukhari, urging people to stay home for at least two weeks upon their return.

“Only come out [of your house] if you have symptoms and need to go to hospital,” he said. “We want you to come back but please follow SOPs.”

Bukhari said 80,000 Pakistanis and 600 bodies had been brought back thus far. “I also want to thank those people abroad who helped fellow countrymen, especially those who distributed tickets and those organizations of our overseas diaspora who helped other Pakistanis,” he said.

Bukhari said that despite the difficult circumstances, overseas Pakistanis had remitted $20.6 billion to Pakistan during the pandemic. “This is appreciable,” he added.