Home Features Down by the River

Down by the River 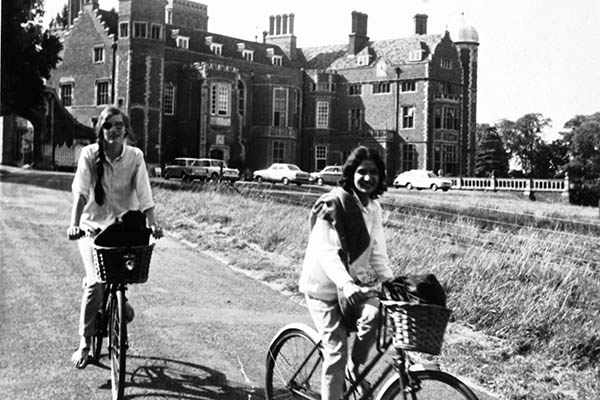 Cambridge days and the summer of ’68 with Nigar Ahmad

There was no brighter star in the intellectual firmament of Cambridge University in the late 1960s than Nigar Ahmad, who was studying economics and was a favorite of her professors. This was truer for the dozen or so coterie of Pakistani students attending Cambridge who adored Nigar as she automatically took on the leadership role of the community.

Pakistani students were poor—confined to spending just £50 a month on living expenses due to State Bank of Pakistan regulations. They were often confused and in doubt of which courses and subjects to take. They were also always hungry, fed up with the boiled British food and desperate for some desi fare and craved for news from home in an era when there was no Internet or Twitter or even email. News came in letters and the occasional telephone call.

Nigar always provided everything. She would loan you money when you ran out and the next month’s allowance had not arrived, she would spend hours with you discussing your course materials and any other problems, she would invariably have daal or keema in her room ready for her ever hungry colleagues and she would always have news to share from her huge web of friends back home.

Nigar’s most memorable contribution was the summer picnics she organized—often in a heartbeat. She would gather enough things to eat and drink and the small Pakistani community would assemble—either on the lawns of her college, New Hall, or on the meadows of the village of Grantchester, which overlooked the River Cam just outside Cambridge.

On a warm sunny day in spring or summer, there was no better way to while away the afternoon eating, chatting, and laughing with Nigar and fellow students. Invariably the talk turned to home, where there were tumultuous events happening: the fall of the government of President Ayub Khan, the martial law of Gen. Yahya Khan, the devastating tornado in East Pakistan that killed thousands of people and would lead to the eventual crackdown in Dacca, the war with India and the loss of half the country. Pakistan was still a country in the making and we were all determined to contribute to its betterment—no one more so than Nigar.

Those bucolic days by the river amid the flowers and the green lawns, the sound of birds and other students on the river in their punts sailing by was something that none of us ever forgot and that was largely due to the enormous and indomitable presence of Nigar.

She would go on to help start the women’s movement in Pakistan, set up organizations that would improve the economic and social wellbeing of women, she would struggle against the state and obscurantism, and she would become one of the finest economists Pakistan has produced. All her life her tiny beautiful frame would always be bounding with energy and a desire to serve those around her. She will never be forgotten.

Rashid is an award-winning journalist and author of, among others, the seminal and bestselling Taliban: Militant Islam, Oil and Fundamentalism in Central Asia.