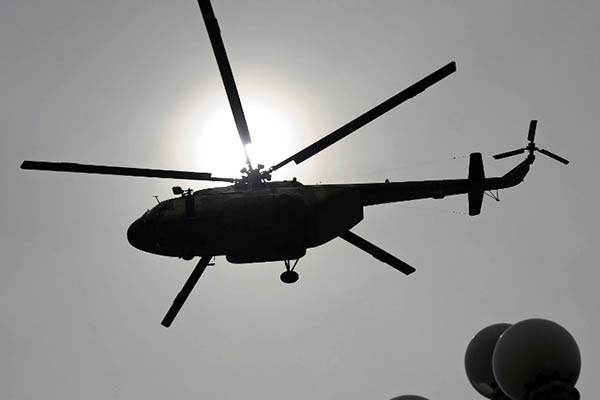 Six crewmembers of a Pakistani government helicopter taken hostage after it crash-landed in Afghanistan’s volatile east have been released, an official said on Saturday.

The crew “was released in an inter-tribe exchange on the Pakistan-Afghan border [and] arrived in Islamabad today,” foreign ministry spokesman Nafees Zakaria said in a statement. He did not specify who had been holding the crew hostage nor what kind of exchange had secured their release. All six people—five Pakistanis and a Russian navigator—are “safe and in good health,” he added.

After the Aug. 4 crash, local authorities in Afghanistan said that the six-person crew had been taken hostage by the Taliban.

Militants set the Mi-17 transport helicopter on fire and took the crew to a Taliban-controlled area after it made an emergency landing in Logar province. The crew included retired Pakistani military officers and a Russian navigator. Pakistan had sought permission to fly a helicopter, being sent to Russia for overhauling, over Afghan air space.