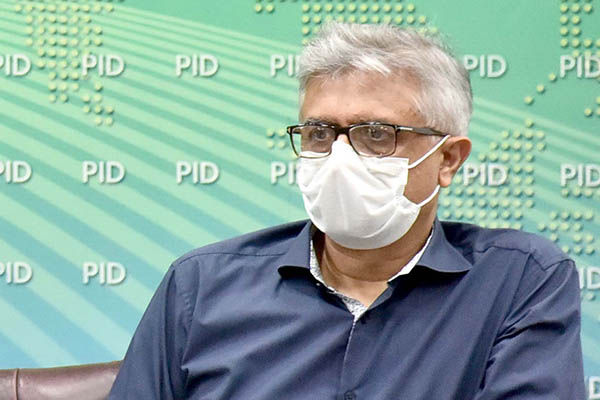 Prime Minister Imran Khan on Monday designed Dr. Faisal Sultan, the chief executive officer of the Shaukat Khanum Memorial Cancer Hospital, as the special assistant to the P.M. on health—less than a week after Dr. Zafar Mirza resigned from the post.

A notification issued by the Cabinet Division stated that Dr. Sultan would take the charge “with immediate effect.” It said that Dr. Sultan, as SAPM, would hold the status of a federal minister.

Sultan had earlier been serving in the role of P.M.’s focal person for coronavirus. There has been no announcement on whether he would step down from his leadership of Shaukat Khanum, despite critics questioning him retaining the position due to a clear conflict of interest.

On July 29, Dr. Mirza stepped down as special assistant to the P.M. on health, saying in a post on Twitter that he had taken the decision due to the ongoing negative discussion about the role of unelected officials in the federal cabinet, as well as the subsequent criticism of the government. “I am satisfied that I leave at a time when COVID-19 has declined in Pakistan as a result of a grand national effort,” he added.