Dreaming of an Islamic Renaissance 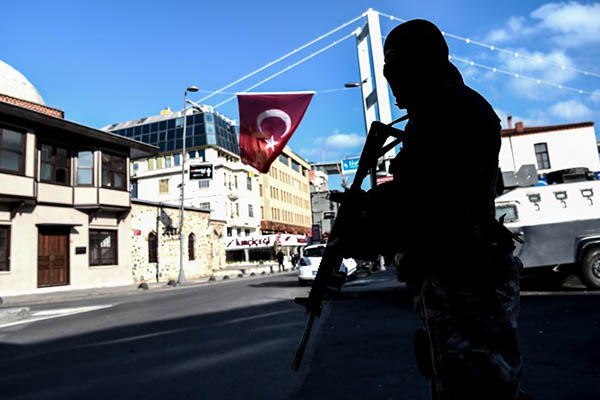 The perils of marginalizing moderate Muslims.

The killer of 39 innocent Muslims in Istanbul on the New Year’s Eve, Abdulkadir Masharipov, has been arrested in the Turkish city with his four-year-old son. An Uzbek, he had undertaken the massacre in the service of the Islamic State militant group. Muslims all over the world are shocked by the killing. Those living abroad in the West fear negative fallout from their harassed governments. Disgusted by the extremism of the latest wave of Islam, some of them want to “revive” the true faith, which is moderate and peace loving.

Muslim thinking tends to attribute the current extreme phase of the religion to a lack of democracy and “foreign intrigues.” They think democracy is compatible with the spirit of Islam, but get flustered when told that any kind of democracy, to be successful, must be “liberal,” which requires reinterpretations that may not find favor with them. The “moderates” in a Muslim state—at times condemned as “liberal”—become marginalized the moment the state adopts democracy. This is what happened in Egypt in 2011 after the Arab Spring.

Muslims living under democracy are hardly equipped to “reinterpret” the law to adapt it to democratic norms of state conduct. In fact, it is under democracy that the Muslim state is most likely to succumb to extremism. States like Pakistan that legislate Islamic shariah law into democracy avoid enforcing the harsher punishments such as stoning to death and cutting of hands, but remain under pressure from fundamentalist forces to enforce them. The same is true of interest on banking transactions not being reinterpreted for modern times. In the final count, the “secularism” of Muslim dictatorship is thus less problematic than Muslim democracy. The marginalized moderate Muslim—who desires an Islamic Renaissance as a cure for extremism—may get killed if he continues to disagree with the current populist interpretation of Islam.