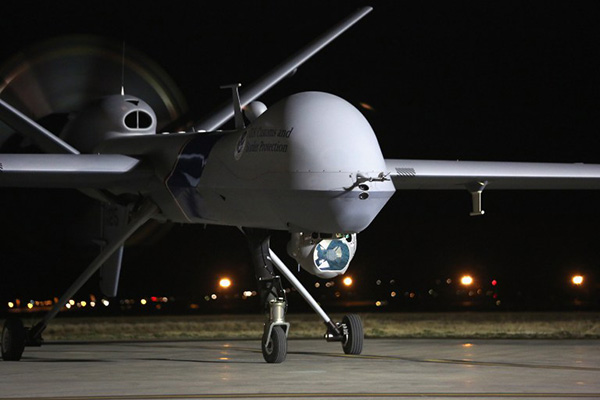 Five killed, three injured in first strike since Pakistan elected a new government on May 11.

At least five people were killed, and three others injured, after a U.S. drone fired two missiles into a house in Pakistan’s tribal belt on Wednesday.

The attack, which took place at Chasma village near Miranshah in North Waziristan, was the first drone strike since May 11, when Pakistanis went to the polls to elect a new government.

“At least four people have been killed and four injured. U.S. drones are still flying over the area even after the attack,” according to a local security official in Miranshah who requested anonymity as he was not authorized to talk to the media. A second security official confirmed the attack and casualties but said the identity of the victims was not yet clear.

Islamabad on Friday repeated its view that U.S. drone strikes in its territory were illegal, after President Barack Obama laid out new guidelines for their use. The U.S. president mounted a firm defense of his covert drone war as legal and just in a major speech on counterterrorism policy last week, but warned that undisciplined use of the tactic would invite abuses of power.

Obama said he had approved new guidelines stating that drone strikes could only be used to prevent imminent attacks and when the capture of a suspect was not feasible and if there was a “near certainty” that civilians would not be killed.

According to Britain’s Bureau of Investigative Journalism, CIA drone attacks targeting suspected Al Qaeda and Taliban militants in Pakistan have killed up to 3,587 people since 2004, including up to 884 civilians.