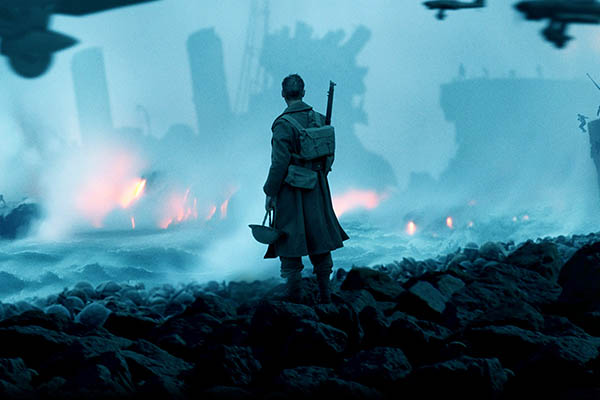 World War II epic Dunkirk stormed to the top of the North American box office in its debut weekend, industry data showed on Monday, while big budget Valerian and the City of a Thousand Planets crashed and burned.

Directed by Briton Christopher Nolan, Dunkirk took $50.5 million, according to box office tracker Exhibitor Relations, becoming the first non-franchise film to top the charts this summer. It stars One Direction singer Harry Styles in the retelling of the heroic 1940 evacuation of hundreds of thousands of Allied troops from a beach in northern France under constant German bombardment.

“It is hard to imagine a better tribute to this victory of survival than Nolan’s spare, stunning, extraordinarily ambitious film,” said Christopher Orr of The Atlantic, echoing almost universal acclaim for the thriller. But while Nolan was rewarded for his visually stunning epic, French auteur Luc Besson’s special-effects laden Valerian limped into the top five, grossing $17 million—less than a tenth of its budget.

The EuropaCorp-financed film starring Dane DeHaan and Cara Delevingne is the most expensive independent film ever made, with some industry watchers calculating it would have to hit the $400 million mark worldwide to justify a sequel. “Of course, the film is expected to do very well in France when it opens next week [but] while 90 percent of the budget was reportedly covered with foreign pre-sales, equity financing and tax subsidies, this remains a weak start for the film domestically,” Brad Brevet wrote in a commentary for BoxOfficeMojo.com.

This week’s runner-up was raunchy comedy Girls Trip starring Queen Latifah, Regina Hall, Jada Pinkett Smith and Tiffany Haddish, which took $31.2 million in its debut weekend. Third place went to Spider-Man: Homecoming, which pulled in $22.2 million in its third week of release. Overall, it has raked in more than $250 million in North America.

Last week’s box office leader, War For the Planet of the Apes—the latest installation in the saga of intelligent primates’ battle against repression by humanity—scored $20.9 million in its second week for fourth place.