Home Latest News Dutch Teen in Court After Being ‘Rescued’ from I.S.

Dutch Teen in Court After Being ‘Rescued’ from I.S. 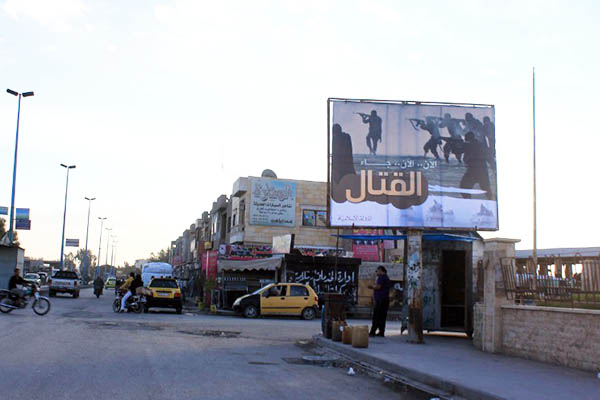 Aicha’s mother helped her escape Syria after she was forced to marry a Tunisian jihadist.

A Dutch teenager who allegedly travelled to Syria to marry an Islamic State fighter but was later rescued by her mother will appear in court Friday on terror charges, Dutch prosecutors said.

The 19-year-old known only as “Aicha” arrived in the Netherlands on Wednesday with her mother Monique, said Annemarie Kemp, a spokeswoman for the public prosecutor’s office. “Upon her arrival, Aicha was detained at once on suspicion of crimes threatening state security,” said Kemp, adding she will appear before a judge on Friday for a brief first appearance.

Dutch newspaper reports this week said Aicha travelled to Syria nine months ago to marry a Dutch-Turkish jihadist fighter she saw on television and contacted via the Internet. The man, a former soldier in the Dutch army, is one of a group of Dutch jihadists who have travelled to Syria where he is training fighters for the I.S. group.

Aicha allegedly asked her mother to help her after her marriage to the jihadist failed and she ended up with a Tunisian fighter, the Dutch tabloid daily Algemeen Dagblad said. Monique told Dutch television a few months ago how her daughter, known as Sterlina before converting and changing her name to Aicha, turned from a bubbly teen into a serious radicalized Islamist.

Last week a niqab-wearing Monique is said to have crossed the border into Syria and travelled to the I.S. stronghold city of Raqaa, the Algemeen Dagblad said. There she met up with Aicha before slipping across the border into Turkey with her daughter, the paper said, adding that details of the rescue operation were “very sketchy.”

“It is unknown how Monique managed to travel inside an area under the I.S. group’s control,” it said.

Roger Bos, a representative of the public prosecutor, told local television that Monique “never set foot in Syria” but met her daughter at the border. Aicha’s lawyer Francoise Landerloo could not be reached for comment.

An official at Landerloo’s office said that Dutch prosecutors had slapped several restrictions on the lawyers including being able to talk about the case.

Some 130 Dutch jihadists have left to fight in Syria, with 30 already having returned and 14 others killed in the fighting, according to the latest statistics from the Dutch intelligence services. It is feared that returning jihadists, having been exposed to extreme violence, could be returning to Europe with orders to carry out terror attacks.

He should know better.