Dying In the Desert 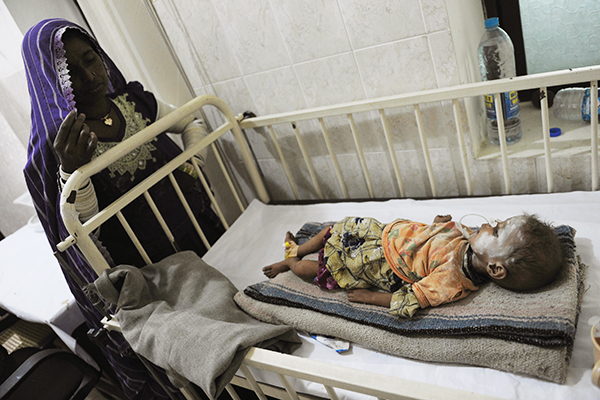 The “mild” drought and attendant famine in Thar, the country’s largest desert, has claimed, according to press reports, the lives of between 69 and 130 children aged 5 or younger. These deaths in the impoverished southern district of Sindh over the past three months have come from diarrhea, pneumonia, and malnutrition. On March 7, Pakistan’s Chief Justice Tassaduq Hussain Jillani called this a “national shame” and ordered the PPP’s notoriously languid Sindh government to act in aid of those still suffering and to piece together a plan to prevent recurrences. Four days later, Prime Minister Nawaz Sharif visited Thar and chaired a meeting of the Sindh government. He was visibly distressed, and demanded Sindh identify and punish officials whose lapses resulted in this tragedy, which was recently revealed by the media. Sharif announced Rs. 1 billion in aid. The Pakistan Army, too, has separately pledged support. The PPP government, which has been heinously slow to act and which dismissed the first reports about the grim situation in Thar as ‘anti-PPP alarmism,’ has finally been forced to wake up.