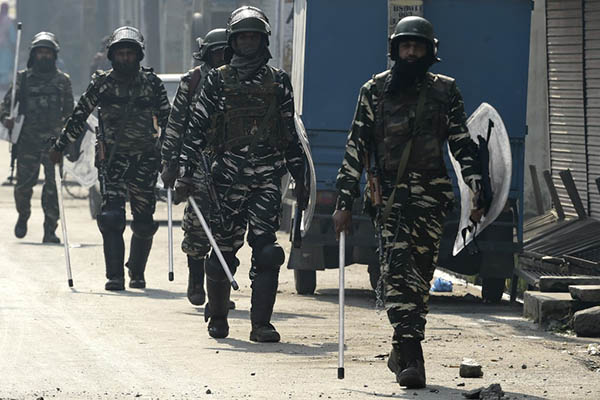 European envoys have refused the offer of a guided two-day visit to India-held Kashmir, as reported by Indian media, saying they want greater “freedom” to meet local residents without Indian authorities accompanying them.

Envoys from 15 countries, including the U.S., Bangladesh and South Korea, are traveling to India-held Kashmir today (Thursday) on the invitation of New Delhi for a two-day guided tour. This is the first time diplomats are being invited to visit the troubled region after New Delhi in August 2019 unilaterally scrapped the special autonomy Kashmiris had enjoyed under the Indian constitution.

According to Indian media, the visiting diplomats are scheduled to meet civil society members and government officials during trips to Srinagar and Jammu. There are also reports that they would be briefed on the current security situation from various law enforcement agencies.

Quoting sources, The Hindu reported that European Union diplomats had refused the invite, saying they would prefer to have “more freedom to travel and meet people unescorted.” It said that in light of this, the Bharatiya Janata Party-led government had decided to organize a second trip at an as-yet-undecided later date. The report also stated that several envoys from Gulf nations had opted against the trip, as they are “dealing with the fallout of the U.S.-Iran tensions.”

However, The Hindu noted, sources within the government had denied E.U. diplomats had rejected the tour over lack of freedom. “The government was unable to accommodate all 28 countries on this trip,” the report quoted officials as saying.

Last October, 27 mostly far-right European M.P.s had visited India-held Kashmir on Delhi’s invitation to get a personal update on the situation in the valley; that visit followed the Indian government denying entry to U.S. Senator Chris Van Hollen, who had questioned what Delhi had to hide if it did not want people witnessing the situation “with their own eyes.”

Foreign officials aren’t the only ones who have been denied unaccompanied tours of the restive region. Shortly after Delhi scrapped Kashmir’s special autonomy, opposition Congress leader Rahul Gandhi had attempted to visit the area but was turned back from Srinagar airport due to “security” concerns.

The lockdown in India-held Kashmir is nearing 160 days, with most means of communication still heavily restricted or banned outright.