E.U. on Fake News Alert as Continent Prepares to Vote 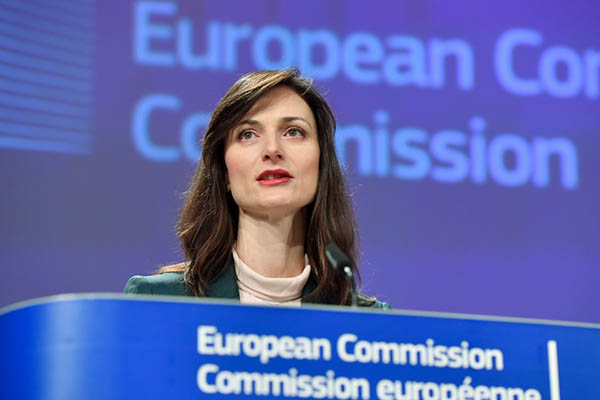 Brussels fears that online disinformation will fuel the populist wave officials believe skewed the Brexit referendum and carried Donald Trump all the way to the White House. “There are external anti-European forces, which are seeking—openly or secretly—to influence the democratic choices of Europeans,” E.U. leader Donald Tusk warned recently. This was, he claimed, also “the case with Brexit and a number of election campaigns across Europe.”

Between May 23 and 26, European voters will go to the polls to choose around 700 MEPs to sit in the Strasbourg E.U. parliament and oversee continent-wide legislation.

In the final weeks of the campaign, officials are on alert fearing that opponents—including Moscow—will attempt to spread fake news, amplified by viral social media. This could in turn boost support for various populist insurgent parties, deepen existing divisions in the electorate and undermine faith in democracy or E.U. institutions.

Some go as far as to call the phenomenon a state-led attack. “There is strong evidence pointing to Russia as a primary source of disinformation in Europe,” said E.U. Commission vice-president and former Estonian premier Andrus Ansip. “Disinformation is part of Russia’s military doctrine and its strategy to divide and weaken the West,” he warned, in December.

Public trust in national and E.U. institutions and in the so-called mainstream media is already low, and web-users seeking cash from advertising clicks have found a market for fake news. Add to this state-led covert propaganda and the viral effect of U.S.-based media platforms like Facebook, Twitter and Google’s YouTube and you have a recipe for disruption.

Mariya Gabriel, E.U. commissioner for the digital economy, brands this a an “invisible scourge” that “intrudes into the lives of our citizens and influences our opinions and decision-making.”

In response to the perceived threat, the E.U. Commission has drawn up guidelines for member states, calling on them to support quality journalism or to work with independent fact-checkers. In March, it also set up an “early warning system,” so capitals can share information on “coordinated attempts by foreign actors to manipulate” the democratic debate in real time.

The European External Action Service (EEAS), the Commission’s foreign affairs arm, has a team of around 15, to detect and analyze misinformation campaigns targeting the E.U. Their website, “E.U. vs disinformation” (https://euvsdisinfo.eu/), claims credit for refuting more than 5,000 items of fake news, mainly related to Russia. But the unit’s resources remain modest.

And, as Paul Butcher of think tank European Policy Center observes, involving state intelligence services or ministries like the EEAS in the campaign can be counterproductive. This fuels suspicions of censorship and plays “into narratives of censorship and a culture war between ‘the establishment’ and ‘the people’,” he said, in a recent report.

Better than state-led counter-propaganda, he said, “structural resistance to disinformation can be built up through the efforts of civil society, NGOs and the private sector.”

In recent months, European authorities have increased calls for online platforms to be more accountable for the content they push in front of millions of eyeballs. While some member states, such as France, have decided to legislate, the Commission is talking to internet giants.

Late last year Facebook, Google and Twitter signed a code of best practice with the Brussels authorities—“a world first,” according to Gabriel.

Under the code, the industry committed to transparency in political advertising, to close false accounts and to “demonetize misinformation providers”—to stop paid adverts on suspect sites. The initiative has produced results, but the firewall of truth is far from impregnable, as the Commission itself admits.