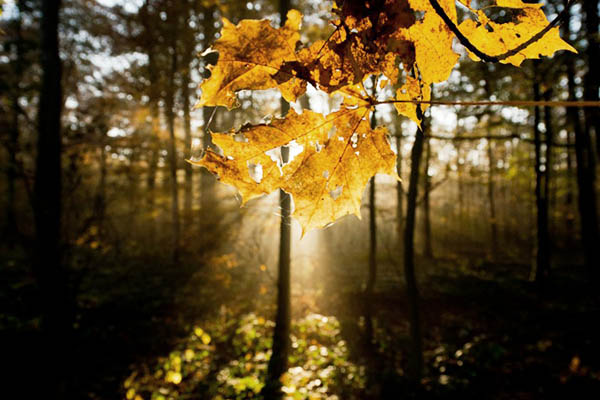 There are about three trillion trees on Earth, roughly 422 for every person and eight times more than previously estimated, researchers said Wednesday, admitting surprise.

A 15-nation team led by Yale University experts used a combination of old-fashioned headcounts and state-of-the-art satellite and supercomputer technology to produce what they claim is the most comprehensive tree census ever.

“I don’t know what I would have guessed, but I was certainly surprised to find that we were talking about trillions,” said the study’s lead author Thomas Crowther of the Yale School of Forestry and Environmental Studies in Connecticut in the United States. But there was bad news, the researchers reported in the journal Nature.

The calculation revealed that tree cover had nearly halved since the start of human civilization. And the pace of deforestation has not abated: our species is currently felling some 15 billion trees every year, the study found.

The team based their research on verified tree counts from some 400,000 forest plots. They then used satellite imagery to determine how factors like climate, topography, vegetation, soil conditions and human impact affected tree density.

Developing models to estimate tree numbers at regional levels, they then drew a global map of Earth’s estimated 3.04 trillion trees.

“The highest densities of trees were found in the boreal forests in the sub-arctic regions of Russia, Scandinavia and North America,” a Yale University statement said. “But the largest forest areas, by far, are in the tropics, which are home to about 43 percent of the world’s trees.”

The team’s calculations revealed that of all the factors impacting tree numbers, human activity had by far the biggest effect, largely through deforestation and land-use change. There has been in total a 46-percent drop in tree numbers since humans began to clear land to plant seeds, the study found.

“In short, tree densities usually plummet as the human population increases,” said the statement. “We’ve nearly halved the number of trees on the planet, and we’ve seen the impacts on climate and human health as a result,” said Crowther. “The study highlights how much more effort is needed if we are to restore healthy forests worldwide.”

Apart from offering oxygen, fuel and shelter, trees store important quantities of carbon, which, if released, contribute to global warming.

Simon Lewis of University College London, who was not involved in the study, said this was the first robust, global tree estimate.

“Care is required when talking about numbers of trees as they are usually not the most important attribute of an ecosystem,” he said in comments to the London-based Climate Media Center. “A plantation forest of many small trees all of the same type isn’t better than a patch of pristine Amazon rainforest with fewer very large trees of all different species.”

Measuring a forest’s carbon storage capacity also requires more than counting trees, he added, as most carbon is held in large trees.

A study by the World Resources Institute earlier Wednesday said the world last year lost some 18 million hectares of tree cover—equivalent to two Portugals—more than half of it in the tropics. Halting deforestation is a key focus of U.N. negotiations, underway in Bonn, for a global pact to limit disastrous climate change caused by greenhouse gas emissions.