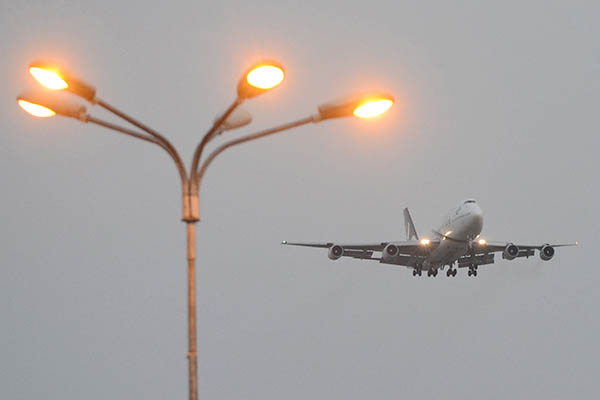 The European Union Aviation Safety Agency (EASA) on Monday issued a letter to its 32 member states on the alleged “fraud related to pilot licenses issued in Pakistan,” and recommended that any pilots certified by Islamabad not be scheduled for flight operations.

“You may be aware of the information available in the public domain indicating that a sizable portion (approximately 40%) of airline pilot licenses issued by the Pakistan Civil Aviation Authority (PCAA) are either falsified and or otherwise not ICAO [International Civil Aviation Organization] compliant,” read the letter. “It is a grave concern. As operators could fly to Europe, under a TCO [Third Country Operator] authorization issued by EASA with pilots holding validated Pakistani licenses, we would like to share with you the measures taken by EASA in relation to alleged irregularities on pilot licenses issued by Pakistan Civil Aviation Authority (PCAA),” it added.

The letter urged the aviation authorities to consider suspending the validations issued against Pakistani licenses and said that if any organization currently employed such pilots, it should “share with us any measures taken or planned in this regard.”

Separately, on Tuesday, the Civil Aviation Authority suspended the commercial flying licenses of 34 PIA pilots, including a woman, over “dubious” licenses.

The controversy drew global attention after Aviation Minister Ghulam Sarwar Khan last month submitted in Parliament that around a third of Pakistani pilots employed by PIA had “dubious licenses.”

Last month, EASA suspended PIA’s air operations in its member states for six months, with the right to appeal. In a letter sent to the flag carrier, EASA claimed it did not feel Islamabad was “capable to certify and oversee its operators and aircraft in accordance with applicable international standards” following Sarwar’s claims. The U.K. followed with a similar suspension within hours.

Overall, 262 Pakistani pilots were grounded due to the aviation minister’s claims.

In addition to the ban from EASA and the U.K., PIA pilots employed in Vietnam have been grounded, Qatar Airways and Oman Airways have compiled lists of Pakistani staff, and Kuwait Air has also announced it would take action against Pakistani staff. The U.A.E. has also urged Pakistan to verify that the credentials of staff employed at its airports are not fraudulent.