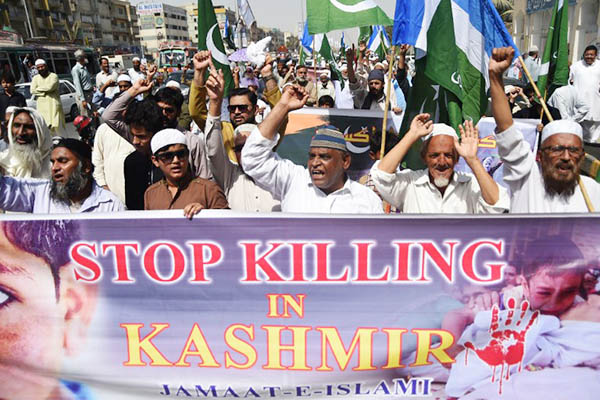 Renowned Indian scholar and Urdu novelist Shamsur Rahman Faruqi, writing in the Indian Express, has expressed his despair about what India is doing to its Muslims under Prime Minister Narendra Modi. He was particularly concerned about the way the administration and courts were behaving in lockstep with the fanatics falling under the Bharatiya Janata Party-Rashtriya Swayamsevak Sangh banner.

This is what he writes about the phenomenon of “love jihad,” which persecutes interfaith marriages as a campaign of religious hatred and false anti-religious propaganda: “There should be something for us to pause when we hear the term love jihad bruited about as a valid way of describing a legal social act. There is more for us to pause when a high court chooses to dissolve a marriage because it seemed like love jihad, or a prelude to terrorist acts. There is time to stop and think where we are going when another high court grants bail to a principal accused in the murder of a Muslim youth in Pune because it was provocation enough for the accused to be a murderer if the victim belonged to another religion.”

Pakistan is understandably perturbed about the current Indian action in Kashmir that left 13 supposed militants and four protesting citizens dead south of Srinagar. Upset Pakistanis are taking out processions asking Islamabad to agitate the matter at the United Nations, where the secretary general is upset but can do little about the mayhem.

Tragically, the region gives more pain than cooperation to a sensitized Pakistan: Bangladesh is killing its Jamaat-e-Islami leaders and Myanmar and Sri Lankan Buddhists are killing their Muslim minorities without the world doing much about it. In the Middle East, it is Muslim-kill-Muslim which is a kind of self-flagellation added to a feeling of being persecuted. In a kind of perversion of morality, a judge of the High Court of Islamabad wants the minorities in Pakistan to declare their identity. Under the prevailing conditions, such a “blacklist” would only serve as a checklist for fanatics looking to target their wellbeing.