Education in a Rapidly Globalizing World 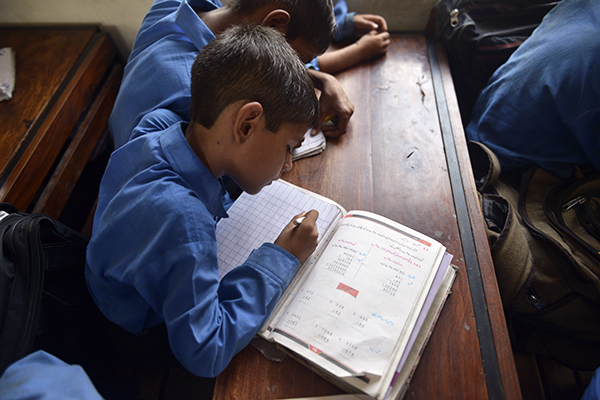 The International Baccalaureate, a viable option for Pakistani students.

Most Pakistani parents choose schools for their children with an eye to ensuring that they are competitive when it comes to applying for admission to U.S. or U.K. colleges. Many today are counting on the Swiss-based International Baccalaureate education program as the more holistic, and competitive, alternative to the British General Certificate of Education’s Ordinary and Advanced level pre-college qualifications.

Founded in 1968, the IB aims to develop the “intellectual, personal, emotional and social skills needed to live, learn and work in a rapidly globalizing world.” There are 4,527 schools around the world—including 15 in Pakistan, where the program was introduced in 1996—that offer 5,865 IB programs, from primary school onward, to almost a million students in 147 countries.

Karachi’s International School was the first private school to offer the IB in Pakistan, and it took another 10 years for other schools to being adopting the program. The number of Pakistani schools that offer the IB is still small compared to those in India, where the IB took off in 1976 and is offered by 120 schools.

Awareness has been an obstacle. “We did not even have a relationship with the Ministry of Education until three years ago,” says Faizol Musa, regional development manager of the IB Board. Over the last three years, IB educators have organized workshops and seminars in Pakistan to create awareness of the program and its admissions-time advantages. But despite that, and its acceptance by the world’s top colleges and universities, many Pakistani universities still do not recognize the IB for admissions.

The schools which offer the program recognize its full value. “Parents have a habit of judging their children’s studies with the amount of homework they get,” says Misbah Rani of Lahore’s Sanjan Nagar Public Education Trust. “Our program encourages students to really learn and absorb the information rather than just memorize a few lines.”

Offering the IB program requires certification and teacher training, requirements that few schools in Pakistan’s stressed and underserved education market are equipped to handle. Aitchison College recently withdrew its application for certification, while the Lahore Grammar School’s application is pending with the IB Board. (School-certification applications can take up to two years to get accepted.)

Costs also account for why Pakistan’s embrace of the IB has been slow in coming. Applications are expensive (the school-certification application carries a one-time fee of $4,383, and the IB Board charges the certified school between $7,192 and $9,846 on an annual basis.) To keep current with the prescribed standards, these certified schools are also required to undergo mandatory training programs for teachers twice a year. It also costs parents more: Rs. 40,000 per month, almost twice the price of the British GCE certification system. However, Sanjan Nagar, a school for underprivileged children with an enrollment of some 700, is managing to offer the IB for Rs. 1,500 per month.

“We hope that public schools will also be able to be part of the program as well,” says Musa. “Pakistan is one of the fastest growing regions and markets for IB. We are certain that in 10 years it will become one of the key countries for IB worldwide.”