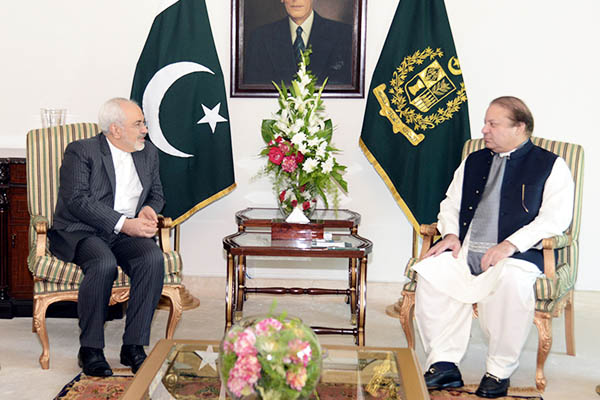 Zarif’s two-day to Pakistan visit focused on the Yemen crisis, as Washington warned Tehran against supporting the Houthi Shia rebels. Both the Iranian foreign minister and his Pakistani counterpart on Wednesday urged a negotiated end to the conflict, as the Saudi-led air campaign enters its third week.

The visit also coincides with Pakistani lawmakers debating Riyadh’s request for the country to send troops, ships and warplanes to join the Saudi-led coalition bombarding the Houthi rebels in Yemen. Pakistan has so far resisted the demands from Saudi, a close and longstanding ally.

“The prime minister stressed the need to ponder the ways and means to bring an end to the conflict at the earliest by peaceful means,” a statement from Sharif’s office said after the meeting with Zarif.

Riyadh accuses Tehran, the major Shia power, of backing the Houthis, but Zarif insisted his government wanted a swift end to the crisis.

Earlier in the day Zarif met Gen. Raheel Sharif, the head of Pakistan’s Army, and discussed the “evolving situation in the Middle East,” according to a military statement.