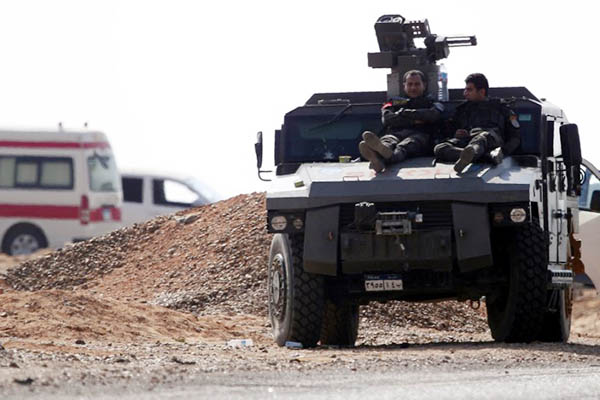 The Egyptian army announced the launch on Friday of a major operation against jihadists across swathes of territory including the Sinai Peninsula, heart of a persistent Islamic State group insurgency.

The security sweep in the Sinai, Nile Delta and Western Desert near the border with Libya comes as the country prepares for polls next month in which President Abdel Fattah al-Sisi is seeking re-election.

Police and troops have been put on “maximum alert” for the duration of “Operation Sinai 2018,” which also involves the air force and navy, the army said in a statement on Friday.

Warplanes will bomb areas where jihadists are hiding while troops, tanks and armored vehicles will be deployed on the ground, security sources said.

Egypt has been under a state of emergency since April last year, after two suicide bombings at churches claimed by I.S. killed at least 45 people in the cities of Tanta and Alexandria. The goal of Operation Sinai 2018 is to tighten control of border districts and “clean up areas where there are terrorist hotbeds,” army spokesman Tamer al-Rifai said in a televised address.

In a later update, he said the air force had targeted a number of homes and hideouts in the north and west of the Sinai. The navy was boosting maritime border security “to cut off the influx of terrorists,” he added.

Security sources and eyewitnesses confirmed that the operation was under way in the Nile Delta and North Sinai province.

Also on Friday, the interior ministry announced a parallel operation against Hasam, a group which authorities have branded “the armed wing of the Muslim Brotherhood.” Three jihadists were killed and 14 arrested in raids around the country that had foiled attacks aimed at disrupting next month’s election, it said.

Egypt’s security forces have been increasingly targeted by jihadists since the army in 2013 overthrew Islamist president and Muslim Brotherhood leader Mohamed Morsi. Most of the violence has been in North Sinai province, but there have also been attacks on the military, police and even churches elsewhere, including in Cairo.

Jihadists have also attacked tourists, killing all 224 people on board a Russian plane carrying holidaymakers in 2015 that crashed in the Sinai, which neighbors the Gaza Strip and Israel.

The New York Times reported this week that Israel has for more than the past two years carried out a “covert air campaign” against the jihadists in Sinai. The Israeli army has declined to comment on the report, which has been denied by the Egyptian military.

Egypt closed its border with Gaza on Friday, a day earlier than planned, Palestinian officials said, after the anti-jihadist operation began.

In November, Sisi ordered his armed forces chief of staff to restore security in Sinai within three months after militants killed more than 300 worshippers at a mosque. Sisi, who is expected to easily win another four-year term next month after several potential challengers were either hobbled or dropped out, said on Facebook he was “proudly following the heroism” of the security forces.

Egypt has previously announced several major offensives aimed at tackling the jihadist threat. It also carried out airstrikes against I.S. in Libya in 2015 after a video was released showing the beheading of 21 Christians, almost all Egyptian Copts, on a Libyan beach.

The military has boosted its operations on the border with Libya and repeatedly expressed concern about militants crossing from the chaos-wracked country to launch attacks.